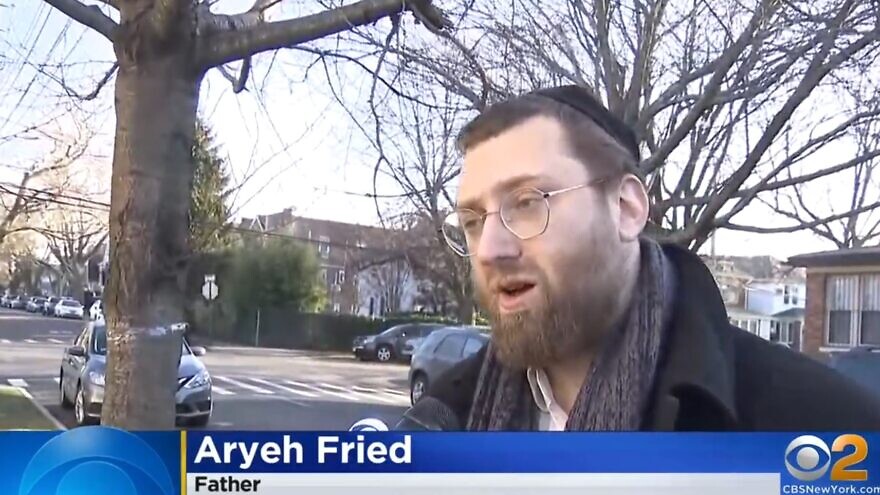 (January 21, 2022 / JNS) As police continue to search for the woman who yelled anti-Jewish remarks to a group of children in Brooklyn, N.Y., before spitting on one of them, the father of the victims has spoken out for the first time since the incident took place.

Surveillance-camera footage from the scene shows the woman who is accused of harassing an 8-year-old boy and his younger siblings, ages 2, and 7, on Jan. 14.

“This woman passed by them, yelled at them. Something along the lines of ‘Hitler should have killed you all,’ ” Aryeh Fried, the father of the three children, told CBS New York.

He added that the 8-year-old responded to the woman, telling her that he would save his little sister.

Fried said, “I gotta teach him not to engage, but he engaged. And she came running back at him, spat in his face and told him, ‘We will kill you all, I know where you live, and we’ll make sure to get you all next time.’ ”

Fried said the incident took place when his children were outside playing in the neighborhood, as they typically do, and that the family has never seen the suspect before.

“I would hope that she understands the severity of what she did,” he told CBS New York. “To do it to anybody is obviously problematic, but for an adult to do it to a child is just beyond crazy.”