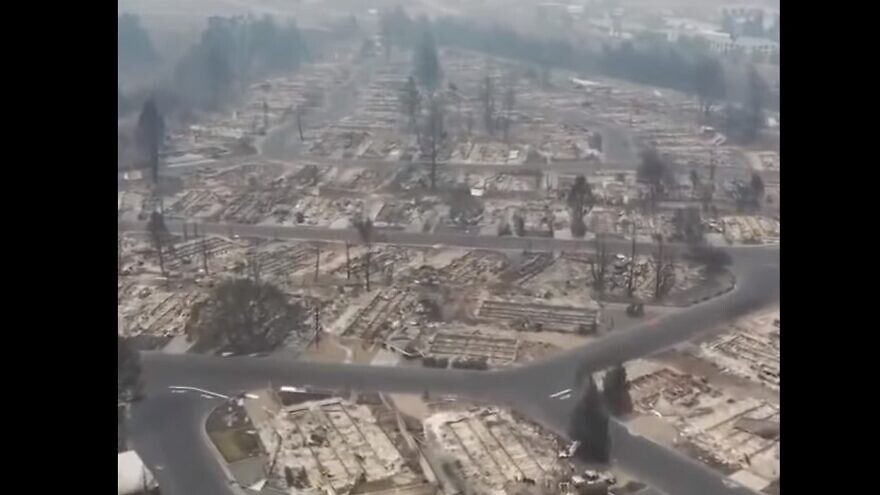 (September 18, 2020 / JNS) Two Jewish federations on the West Coast have created emergency funds to help people severely impacted by the wildfires that have been raging across the western United States. More than 30 have died, while thousands have lost their homes as the fires have scorched millions of acres since blazes began erupting in August.

One of the hardest hit regions has been Oregon, where two towns in the southern part of the state—Phoenix and Talent—were virtually destroyed last week by a fire there.

“Many Oregonians are suffering right now, whether displaces themselves or worried about loved ones, friends, neighbors, homes and communities,” Oregon Gov. Kate Brown said on Sept. 13. “We’re working collaboratively to throw everything we can at this crisis, bringing together local, state and federal capacity. We are doing everything we can to ensures that our heroic firefighters working around the clock to save lives and homes have the tools, resources and support they need.”

According to Marc Blattner, president and CEO of the Jewish Federation of Greater Portland, at least 27 Jewish families have lost their homes in the wildfires, and many others have had to evacuate.

Israeli firefighters arrived in California at the beginning of the month to help put out the flames, along with other nationalities. To date, the collective fires have burned 5 million acres of land and caused billions of dollars in damages.

“The wildfire is a statewide issue and sadly will not go away tomorrow,” he says. “We have reached out to Jewish organizations to see where people have evacuated to, and how they are doing and what they need. We’ve also asked Jewish buildings—synagogues, Jewish community centers—if they would be available to be evacuation shelters if needed.”

One complicating factor, says Blattner, is the COVID-19 pandemic and the need for people to social distance. “COVID doesn’t make anything easier,” he says. “We are trying to manage our way through this as best we can and trying to help people with relief efforts.” 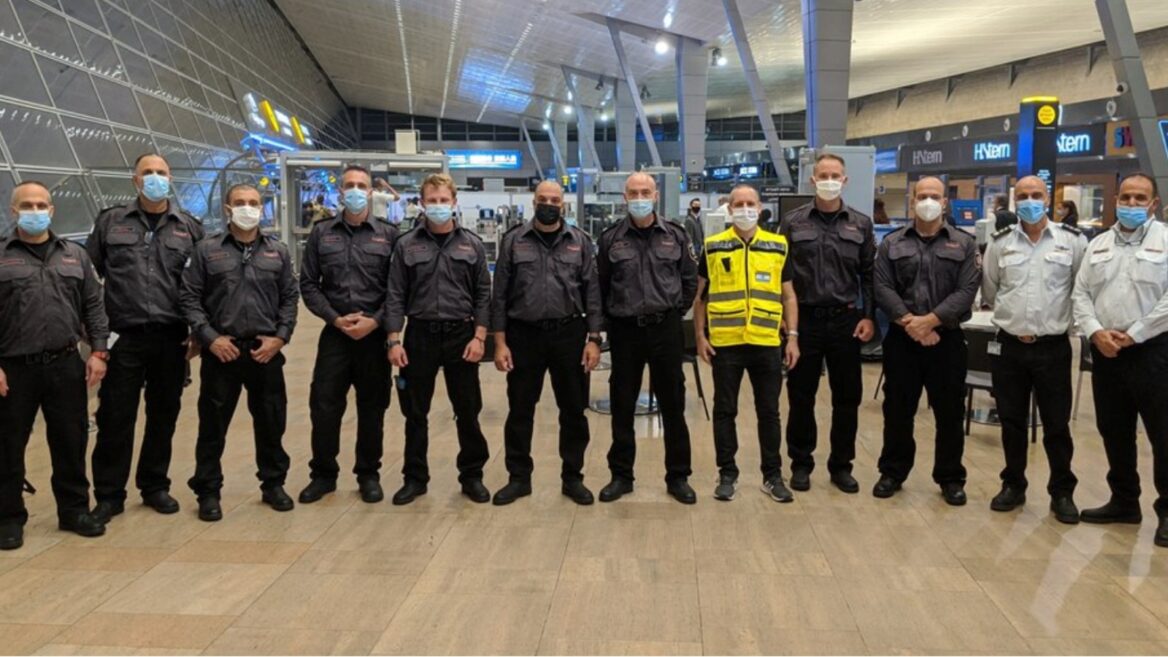 To better help those in need, the federation has established an emergency fund. To date, they have more than $60,000 in aid available. Some $18,000 has already been allocated to three rabbis in the southern part of Oregon to distribute to those who have lost their homes and businesses. Additional funds will go to both members of the Jewish community and to non-Jewish partner agencies like the United Way and Red Cross.

Chabad of Southern Oregon is also raising funds for fire relief in the hardest hit areas of that state.

Nina Korican, executive director at Temple Beth Israel in Eugene, Ore., says that some members of her congregation have been evacuated, but “we don’t know anyone in our congregation who has lost their home. We are in a valley that is extremely smokey and has been since last Monday evening. It’s been a week and the air quality is still hazardous, and we basically have to stay inside.”

While most people in her 400-household congregation are doing OK, Korican notes that her community isn’t sitting still during the fires.

“We have a lot of people in our community who are volunteering with other agencies that are providing support to evacuees, and our rabbi went down to do pastoral care at the school where evacuees are being housed,” says Korican.

‘We are here to help’

In Southern California, just north and east of Los Angeles, where the Bobcat Fire—one of dozens of fires in the state—has burned some 55,000 acres and led to evacuations of residents in a number of nearby towns, the local Jewish federation is launching an emergency fundraiser.

“To those in our community who live in these areas, we want to check and see if there is anything you need or that the Jewish Federation can do to help. Please reach out and let us know,” representatives from the Jewish Federation of Greater San Gabriel and Pomona Valleys posted on their Facebook page, adding “100% of all money donated will help those impacted locally and/or across the state.”

In Fresno, Calif., where the Creek Fire has burned more than 240,000 acres in the Sierra National Forest, destroyed more than 365 structures including many homes and forced numerous evacuations, Phyllis Farrow says the community has really pulled together to help each other.

“I personally offered my home to anyone who needed it. We are trying to be as supportive as we can,” says Farrow, executive director of the Jewish Federation of Central California. “We are a very small federation, but we are here to help. I have not received a tremendous amount of requests for help, but we have taken care of families we know who need things right now.”

According to Farrow, Federation is also helping the larger community. They arranged for a local caterer, Andy Karsh Catering, to serve meals on Monday to evacuees at a local emergency shelter.

The offers to help aren’t just coming from within her small community of about 2,000 Jews, Farrow says, noting that a representative from the Jewish Federation of North America called to see how the national parent organization could be of assistance.

But the fires and dangers from flames don’t tell the whole story.

In many areas, the sun seems to have vanished behind gray skies filled with smoke and ash. The air quality is not only unhealthy but physically dangerous. Being outside for any length of time is not advised, and that is putting a wrench in some High Holiday plans, especially in California, where houses of worship are closed for indoor services due to coronavirus restrictions.

The fires have also caused the cancellation of other planned outdoor holiday gatherings, including Tashlich services and communal shofar-blowing events. Now all eyes are on Yom Kippur and Sukkot, the latter holiday where Jews eat meals and even sleep outside.

“It all depends on the air quality,” says Korican. “We’re going to have to wait and see.”

What concerns many is that this may just be the beginning. As Farrow says, “We are used to fires here, but never, ever has it been this terrible, and what’s scarier is that this is just the start of fire season. It goes through November, so this is more devastating than anyone could have imagined.”