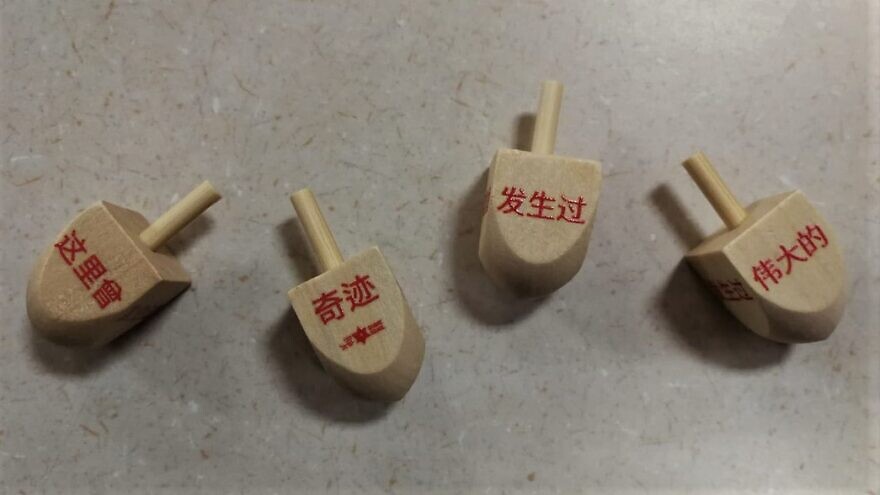 (November 29, 2021 / JNS) In honor of Hanukkah, the Jerusalem-based nonprofit Shavei Israel designed and produced hundreds of dreidels with Mandarin lettering for the Chinese Jews of Kaifeng, China, as well as for 20 members of that community who have already made aliyah to Israel with the organization’s assistance.

Kaifeng, a city in the central Chinese province of Henan southwest of Beijing, is home to hundreds of descendants of a once-thriving Jewish community that resided there for more than a millennium.

The dreidels are probably the first ones to have Chinese text on them, appearing as: 伟大的 – Big; 奇迹 – Miracle, 发生过 – Happened; 这里曾 – here.

According to Michael Freund, founder and chairman of Shavei Israel, the first Jews to have settled in Kaifeng—one of the ancient imperial capitals of China—were Iraqi or Persian Jewish merchants who traveled along the Silk Road in the seventh or eighth century C.E. The community grew and prospered, and in 1163 built a large synagogue that was renovated repeatedly down through the centuries. 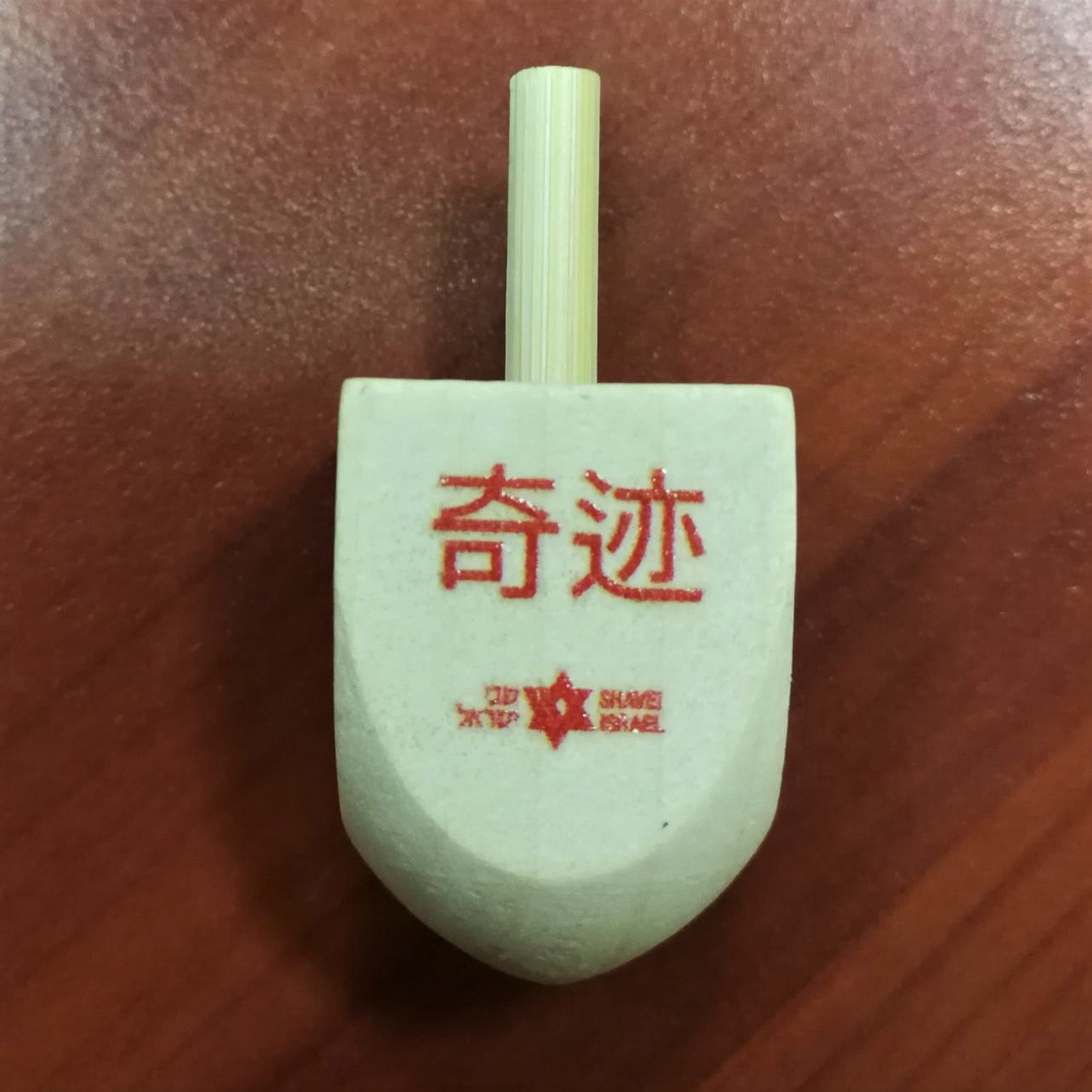 “At its peak, during the Ming Dynasty, Kaifeng had as many as 5,000 Jews,” said Freund.

Freund said widespread intermarriage and assimilation eventually set in, and the death of the community’s last rabbi in the early 19th century heralded the community’s demise as a collective entity.

The synagogue, which had stood for 700 years, was destroyed by a series of floods that struck the city in the mid-19th century.

According to him, an estimated 1,000 people in Kaifeng are identifiable via family trees and genealogical records as descendants of the city’s Jewish community.

“The Chinese Jews of Kaifeng are a living link between China and the Jewish people,” noted Freund. “Despite the severe restrictions imposed on them by the Chinese government in recent years, the Chinese-Jewish descendants are anxious to learn more about the heritage of their forefathers and we hope these Chinese-language dreidels that we’ve prepared for them will give them a dose of happiness and light during Hanukkah.”