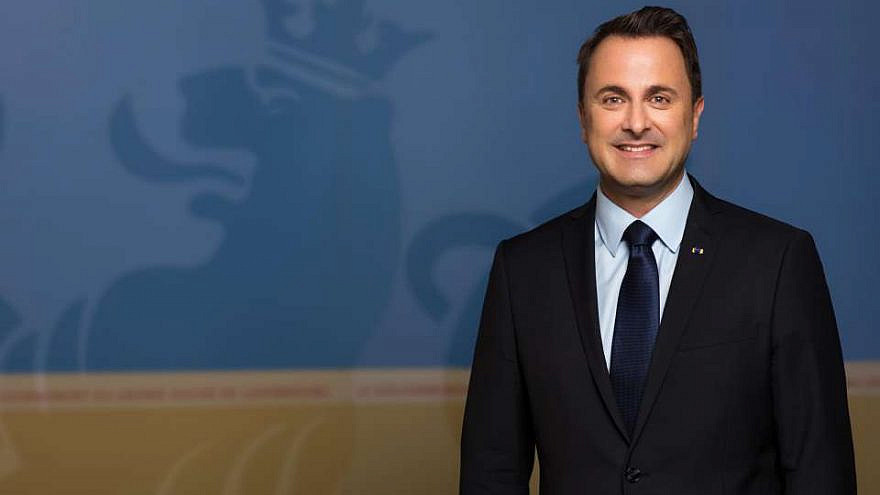 (January 28, 2021 / Israel Hayom) Following an agreement signed on Wednesday by the government of Luxembourg to compensate Holocaust survivors, return looted art and restitute dormant bank accounts, Prime Minister Zavier Bettel told Israel Hayom that the fight against anti-Semitism is not over.

“It wouldn’t be right to say that Luxembourg is protected against anti-Semitism and racism now,” he said in the wake of the deal, which was also signed by the World Jewish Restitution Organization, the Jewish community of Luxembourg and the Luxembourg Foundation for the Memory of the Shoah.

“Anti-Semitism and racism exist, and we need to fight them. Hate speech cannot be accepted, not against Jews, not against gypsies, gays or the disabled,” he said. “We are fortunate that there are no extreme right-wing political parties [in Luxembourg], as opposed to other European countries. Until recently, a neo-Nazi political party sat in the parliament in Greece. Has history taught us nothing?”

As part of the agreement, Luxembourg will donate 1 million euros ($1.2 million) to support Holocaust survivors from Luxembourg and for the next 30 years donate 120,000 euros ($145,000) to the Luxembourg Foundation for the Memory of the Shoah.

It will also purchase and restore the Monastery of Cinqfontaines, from which the Jews of Luxembourg were deported to German concentration and extermination camps, and turn it into a Holocaust-education center.

Additionally, the government will establish a scientific foundation to research the Holocaust during the Nazi occupation and track down looted Jewish property—most importantly, artworks.

“The agreement today is a profound statement by Luxembourg of its abiding commitment to preserving the memory of Jews who were persecuted and murdered during the Nazi occupation of Luxembourg,” said Gideon Taylor, chair of operations of the World Jewish Restitution Organization.

Until Wednesday, Luxembourg was one of the last remaining European countries that did not compensate its Holocaust victims.

“As prime minister, I am also responsible for what happened in the country in the past,” said Bettel. “I cannot say why previous governments did not act or reach this goal. I am proud that the current and previous government did what had to be done. It is never too late to act. Time has come to acknowledge our history and our responsibility.”