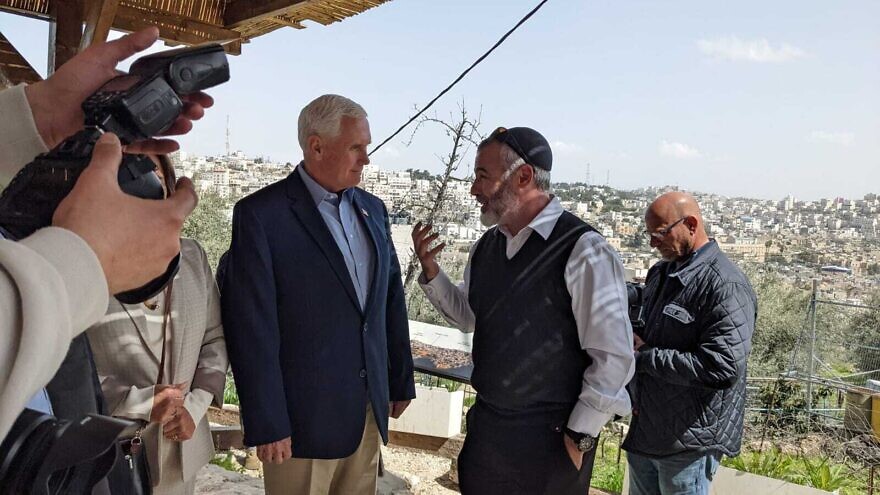 (March 11, 2022 / JNS) As part of a two-and-a-half-day trip to Israel, former U.S. Vice President Mike Pence visited Hebron’s Jewish community on Wednesday, becoming the most senior international leader to visit the city since it was retaken by Israel in the 1967 Six-Day War.

Hebron, where 1,000 Jews live surrounded by 200,000 Arabs, is most notable for the Machpelah—the Cave of the Patriarchs and Matriarchs—revered by Jews as the place Abraham purchased from Ephron the Hittite as a burial place for his wife, Sarah. Buried at the site together with Abraham and his wife are the biblical figures Isaac, Jacob, Rebecca and Leah.

“Great honor for Karen Pence and I to travel to Hebron today to visit the Tomb of the Patriarchs and Matriarchs at the Cave of Machpelah that Abraham bought to bury Sarah nearly 4,000 years ago,” Pence tweeted on Wednesday, adding that Abraham is revered by three “great world religions.”

“It was a joy … to be able to visit his final resting place,” he noted.

International spokesperson for the Jewish community of Hebron Yishai Fleisher, who led Pence’s tour of the city, told JNS: “It was a beautiful tour of a biblical site by a great leader who has stood up for Israel in the past against anti-Hebron decisions.”

Fleisher specifically mentioned Pence’s opposition to a 2017 move by the World Heritage Center of the U.N. Educational, Cultural and Scientific Organization (UNESCO) declaring the Machpelah a Palestinian heritage site that was endangered by Israel.

“The Cave of the Patriarchs existed thousands of years before the term ‘Palestinian’ came into use to refer to Arab residents. In response to this decision, the United States decided to withdraw from UNESCO,” said Fleisher.

He said that it was an emotional experience for the Pences, who were moved by their proximity to “places that they’ve read about all their life and to hear about the personalities that they’ve modeled their own lives after.” He said that they were particularly touched by “our explanation that it’s not just the Tomb of the Patriarchs but also the Matriarchs, the founding couples of the Jewish people who came together as a family to give birth to a nation.”

The former vice president and Indiana governor, who has not yet revealed plans to run for office again, including the 2024 Republican presidential nomination, appears keen on fostering strong ties with important Jewish and Israeli figures.

During his visit, Pence also declared that the next Republican administration, which he predicted would be in 2025, would tear up any resurrected nuclear deal with Iran negotiated by the Biden administration.

The trip has also drawn considerable coverage in the Israeli press, with some criticizing Pence’s encounter in Hebron with right-wing Israeli Knesset member Itamar Ben-Gvir of the Otzma Yehudit Party, as well as Baruch Marzel, a former aide to Rabbi Meir Kahane.

Fleisher, however, noted that the encounter was coincidental and brief, and instead emphasized the historic visit by a prominent American leader to the city.

“The news here is that a leader of the free world came to pay homage—overcame all the challenges and fears to visit the Tomb of the Patriarchs and Matriarchs in Hebron,” said Fleisher. “There was a palpable spiritual, emotional, historical ‘wow’ that was happening.” 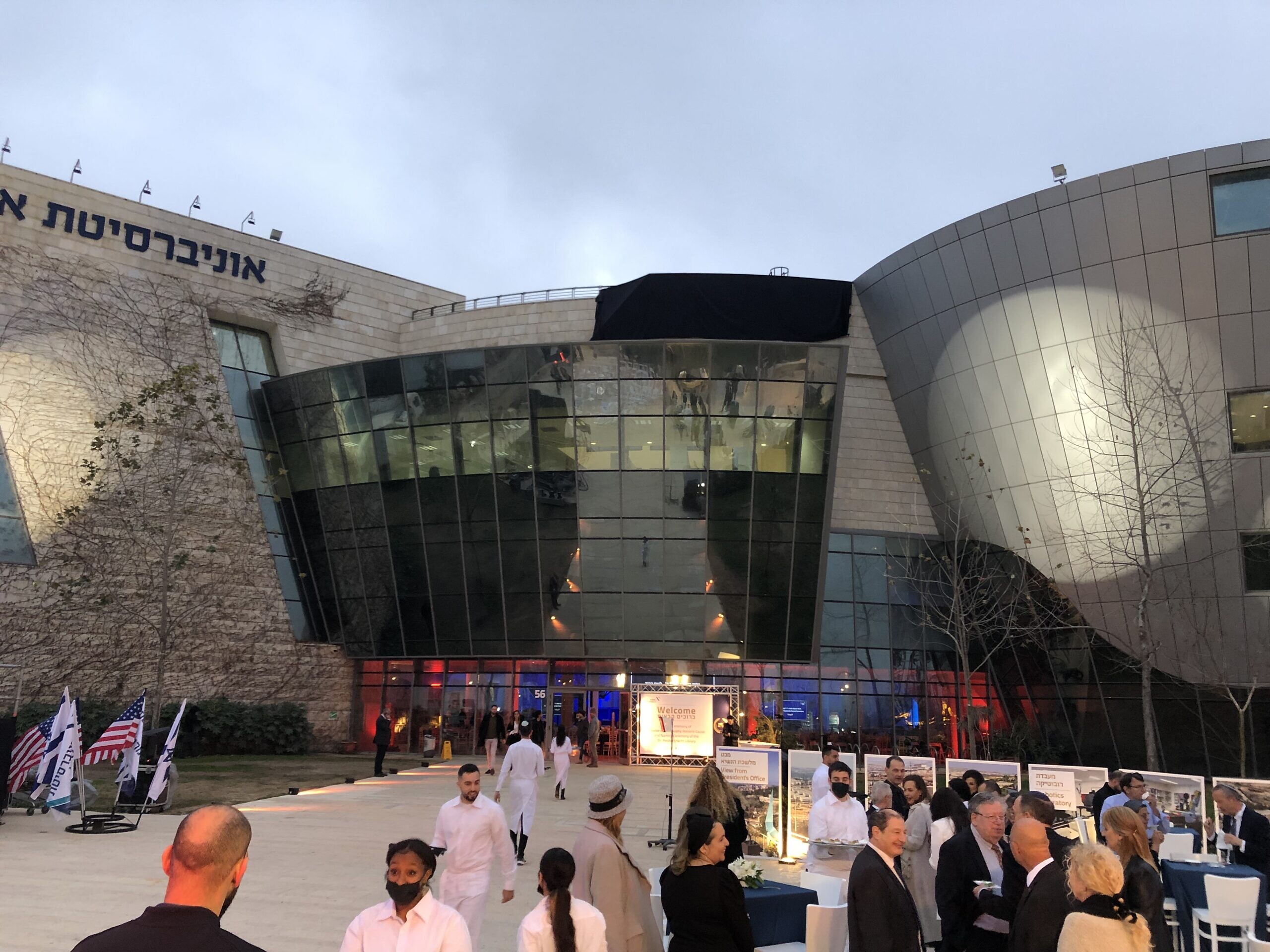 Pence received an honorary doctorate from Ariel University on Wednesday evening, together with former U.S. Ambassador to Israel David Friedman.

A committed evangelical who has frequently described himself as “a Christian, a conservative and a Republican, in that order,” the former vice president also received an award during his visit from the Friends of Zion Museum, a Jerusalem center founded by Christian evangelicals.

Following his visit to Israel, Pence traveled to the Polish-Ukrainian border to meet with refugees fleeing the Russian invasion.