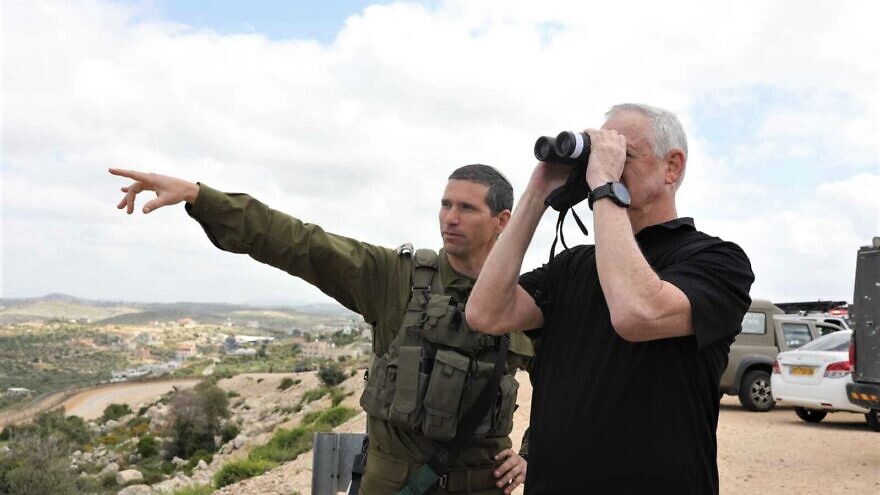 (April 12, 2022 / JNS) Israeli Defense Minister Benny Gantz said on Tuesday that he is advancing a plan to grant work permits to tens of thousands of additional Palestinians.

Currently, an estimated 100,000 Palestinians enter Israel legally to work after being screened by the Israel Security Agency (Shin Bet) and receiving an Israeli permit.

Gantz said that the measure would be advanced alongside ongoing intensified intelligence, as well as offensive and defensive steps currently being taken by security forces to quash the recent wave of deadly terrorism.

“We are advancing solutions that will enable the entry of tens of thousands of additional workers into Israel in an organized manner,” said Gantz, during a tour with Israel Defense Forces Deputy Chief of Staff Maj. Gen. Herzi Halevi and other senior IDF commanders.

During the tour, Gantz received an operational briefing on the latest developments. He said that work would soon start to begin closing gaps in the seam-line barrier.

Two Palestinian terrorists have in recent days infiltrated Israel and conducted deadly attacks by exploiting gaps in the fence. Five people were shot dead in a terror shooting spree in Bnei Brak on March 29, and three were killed by a Palestinian gunman in Tel Aviv on April 7.

“IDF soldiers are deployed along the seamline, in Israel, and in the depth of Judea and Samaria, equipped with all of the means necessary to provide security, and as a product of that, a sense of security,” said the defense minister.

“We will continue to operate in the depth of the territory to stop the terrorists, their abettors and weapons dealers, in every place, at any time and with any necessary force,” he vowed.

Allowing more Palestinians not involved in violence to work in Israel will in the long run improve security while boosting both the Israeli and Palestinian economies, he affirmed, saying “we will continue to fight terrorism and look out for the economy.”