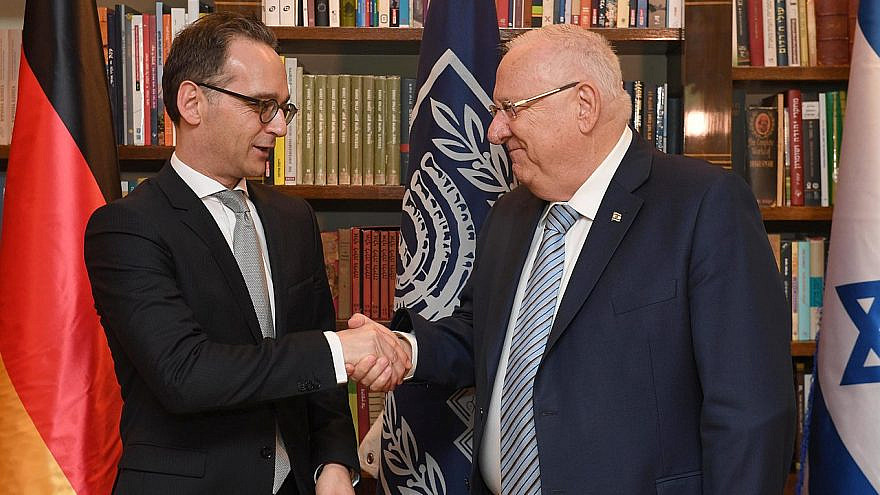 The measure will grant the IHRA certain immunities, including tax privileges, said German Foreign Minister Heiko Maas in a statement. The recognition will be put to a vote by the Bundesrat, the German legislative body, on March 26.

German’s term of the rotating IHRA presidency will also come to an end in March, after a year, Maas said, “in which denial and playing down of the Holocaust reached new, shameless lows.”

Maas cited anti-Semitic conspiracy theories that went viral on the Internet, as well as the manner in which the Holocaust was “downplayed in an unbearable way at anti-coronavirus demonstrations by some participants pinning yellow stars on themselves and brandishing signs reading Impfen macht frei (‘Vaccination makes you free’), all the way to a person storming the U.S. Capitol wearing a ‘Camp Auschwitz’ sweatshirt.”

Maas said the images made Germany “all the more determined” in its work with the IHRA.

In passing on the presidency of the organization to Greece, Maas said Germany wanted to make sure that the IHRA is recognized as being on equal footing with other international organizations.

In 2017, Germany adopted a definition of anti-Semitism that is almost exactly identical to the IHRA’s definition.

In May 2016, shortly after former President Donald Trump was elected, the U.S. State Department adopted the IHRA’s working definition along with 31 member states of the alliance.