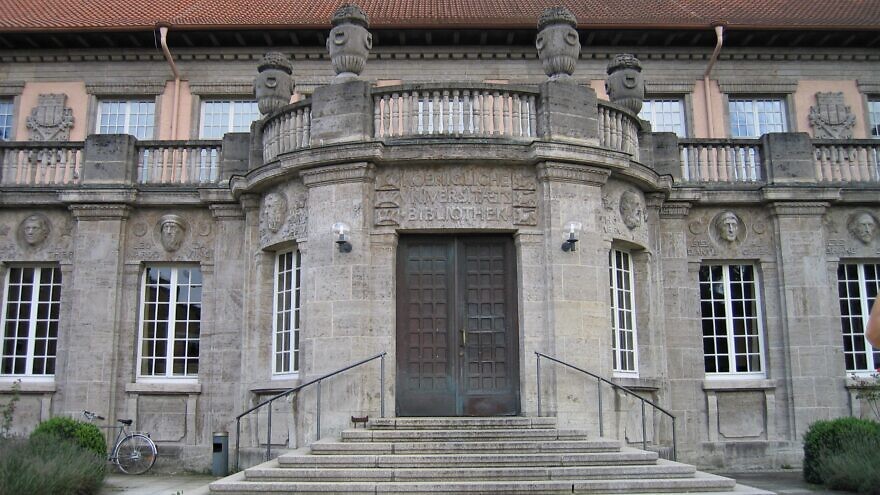 (August 8, 2022 / JNS) A distinguished university in Germany has voted to continue being named after its founder, who was a 15th-century anti-Semite, despite calls for the institution to be renamed, The Jewish Chronicle reported.

The senate of the Eberhard Karl University of Tübingen voted 16-15 to keep its name, with two abstentions.

Count Eberhard I of Württemberg—also known as Eberhard Im Bart and “Eberhard the Bearded”—was a vocal 15th-century anti-Semite who added a clause to his will ordering the expulsion of the state’s Jewish population, according to Germany’s The Times. He founded the university in 1477, and students have campaigned for years to rename the school.

The university hired a six-member team of expert historians to investigate Eberhard’s anti-Semitism and concluded in its report that he was “hostile to Jews and thus in no way differs from the vast majority of his contemporaries and peers.”

Hanna Veiler, vice president of the Jewish Student Union of Germany, called the university’s decision “utterly disappointing.” She told The Jewish Chronicle, “We realize that you cannot just change a difficult past, but it had the opportunity to draw the right conclusions. Here the university has just failed.”

Michael Blume, a graduate of the school and the commissioner against anti-Semitism for the state of Baden-Württemberg, where the university is located, said the university’s report is “historically one-sided and weak.”

He added, “[I] assume that there will be a new vote on renaming in just a few years. Nobody should have to study at a university that is named after a Jew-hater, Jew-expeller and public adulterer.”