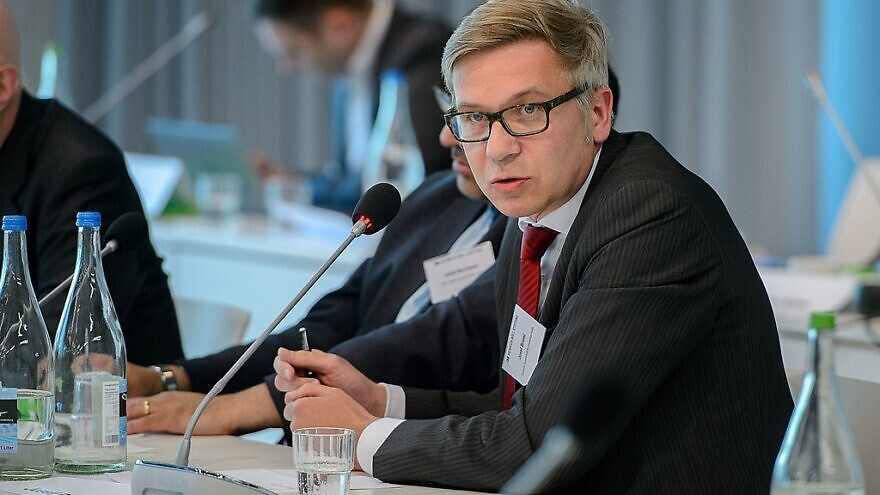 (July 18, 2022 / JNS) The airing on German public television of an interview in which a German political scientist claimed that the Biden administration’s foreign policy was controlled by the “Jewish lobby” drew sharp criticism online and in the German media.

The interview with researcher Josef Braml was conducted on Friday by ZDF television reporter Dunja Hayali. Braml is listed on the website of the German Council on Foreign Relations as an expert on the United States.

There are “domestic reasons” accounting for U.S. President Joe Biden’s Israel policies, said Braml. “It is not just the Jewish lobby, but also the Christian right. … Jerusalem plays a very important role there,” he said.

German journalist Max Mannhart wrote in Tichys Einblick magazine on Monday that “on German public television, the anti-Semitic conspiracy theory of the infiltration of U.S. politics by an alleged ‘Jewish lobby’ is openly played out.”

He noted that Hayali had chuckled as she transitioned to the next topic.

Leonard Kaminski, the former American Jewish Committee’s assistant director of government affairs in Berlin, tweeted: “Didn’t want to believe my ears, but Josef Braml just invented in @morgenmagzin [ZDF], which went unchallenged, [that] the power of the “Jewish lobby” directs US politics. Classic global-conspiracy Nazi anti-Semitism is probably back in the mainstream now. Great.”

This is not the first time Braml has made controversial statements regarding the so-called Jewish lobby.

In a 2019 radio interview with Broadcast Germany, he lashed out at the “Jewish lobby” and the “pro-Israel lobby” for their alleged influence over former U.S. President Donald Trump’s “maximum pressure” campaign against Iran’s nuclear weapons program.

The Simon Wiesenthal Center has accused Blume of stoking Jew-hatred on social media.