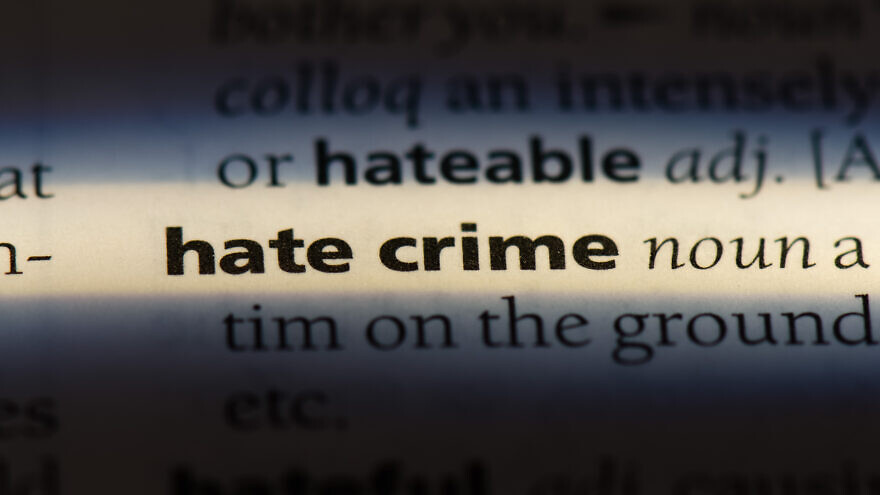 That was one of the conclusions of a new report, “Hate in the Empire State: Extremism & Antisemitism in New York,” issued jointly by the Anti-Defamation League’s Center on Extremism and the Community Security Initiative, a project of the UJA-Federation of New York and the Jewish Community Relations Council-NY.

The report’s release comes less than a month after the deadly mass shooting at a Tops supermarket in Buffalo, N.Y., in which 10 people were shot and killed, and others injured by an 18-year-old gunman with a history of white supremacism.

Among the other findings:

“Our report, which was in the works well before the attack in Buffalo, sheds light on myriad factors that have led to a serious and disturbing increase in hate in the Empire State,” said Scott Richman, ADL New York/New Jersey regional director. “As someone who was on the ground in Buffalo in the days since the attack, it pains me deeply to see how our black neighbors have suffered from this extremism. Now we have an opportunity to urge our lawmakers and community leaders to take action to stop hateful, violent acts from reoccurring in our state.”

Mitch Silber, executive director at the Community Security Initiative, said “New York has always been a symbol of diversity and openness, but the Buffalo shooting is a reminder that there is a dark undercurrent of extremism in the Empire State, and we need to shine a light into those dark corners.”

“Unfortunately, almost all of the indicators we use to monitor hate and extremism directed at Jewish New Yorkers are on the rise,” he continued. “This report illuminates that we need to be clear-eyed about the level of hateful activity both on the streets of Brooklyn and Manhattan, as well as among organized extremist groups in other parts of New York State.”

The report urges elected officials, law enforcement and the Jewish community to take a series of steps to address rising extremism and the increasing threat of domestic violent extremism.

ADL and CSI called on state officials and the governor to double funding to New York Hate Crimes Grant Program from $25 to $50 million to fund approximately 1,000 projects across the state. They also advocated for launching a commission on anti-Semitism that views the issue from the lenses of civil rights, intelligence and law enforcement, in addition to coming up with recommendations for comprehensive, whole-of-government responses to the challenge.