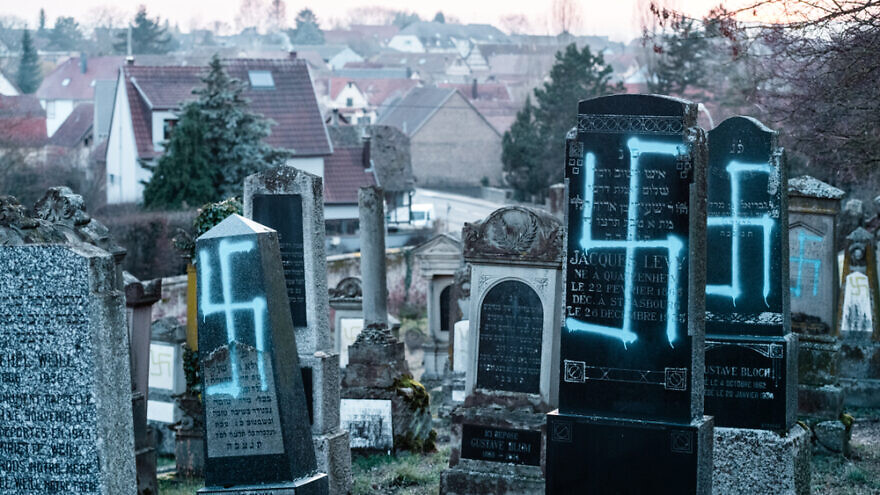 As for the future of Israeli-European relations, sociologist and director of the university’s European Forum Professor Gili Drori said “this survey reveals the urgency of studying the multidimensionality of Israeli-European relations. We see that alongside the very strong trade relations and formal agreements between Israel and Europe, Israelis observe the rise of anti-Semitism and the growing power of the political right in Europe with great alarm.”

According to the Hebrew University survey findings:

Religious orientation determined which European countries were viewed as most anti-Semitic. Overall, France (39%) and Poland (33%) led the pack among those European countries perceived as the most anti-Semitic, with Germany far behind in third place (15%). However, a closer look showed that Germany ranked No. 1 among religious Jews; France was highest among religious and traditional Jews; and Poland led the pack among secular Jews. Among Arab respondents, they ranked Poland and Germany highest.

Criticizing Israel is not necessarily an anti-Semitic act. While only a third of Jews surveyed drew a direct link between criticism of Israel and anti-Semitism, most Jewish respondents do believe that sometimes there is a link between the two.

Gisela Dachs, a professor at Hebrew University’s European Forum and principal author of the survey, said “while most Israelis see a link between criticism of Israeli and European policies and anti-Semitism, the respondents were much more nuanced than Israel’s politicians. Israelis who are familiar with Europe also know how to distinguish among the various countries, and that is reflected here in the survey.”

Dachs went on to add that “the perception of France as topping the list of anti-Semitic European nations did not surprise me. For a long time, it’s been an open secret that France is rife with anti-Semitism—and not just among the far-right politicians and populations. Since Israel’s Second Intifada in 2000, French Jews have started to feel that there may be no future for the younger generation in France, and quite a few have immigrated to Israel to maintain their Jewish identity.”

The results are part of a survey prepared by the European Forum at the Hebrew University of Jerusalem. The survey was conducted in face-to-face interviews in the respondents’ homes from Oct. 5 to Oct. 26, and included 1,006 men and women, aged 18 and older, in a random, representative sample of the Israeli adult population. The fieldwork was done by the PORI Institute and partly funded by the Hanns-Seidel-Foundation in Jerusalem.