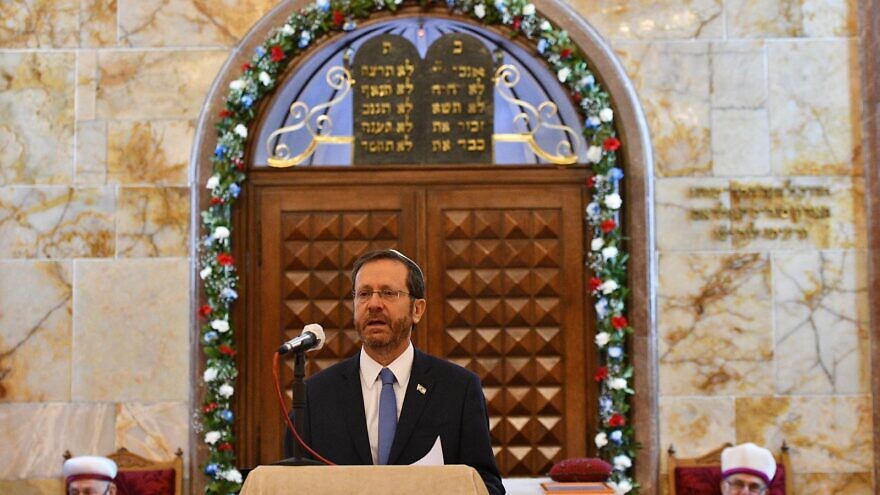 During the visit, Herzog paid tribute to the victims of the terrorist attacks on the synagogue in 1986 and 2003, and also recited kaddish for his mother, Aura Herzog, who died in January, according to a statement from his office. He also offered prayers for the Jewish community of Ukraine.

In his address at the synagogue, the central and largest Sephardic synagogue in Istanbul, Herzog said: “My brothers and sisters, all Jews are connected by bonds of mutual responsibility and shared fate; and you, members of the Jewish community in Turkey, are a marvelous example of this. You are a symbol of mutual responsibility, of tradition, of community, in the face of all challenges.”

Turning to his meeting the previous day with Turkish President Recep Tayyip Erdoğan in Ankara, Herzog said they had “a good, open and honest conversation.” 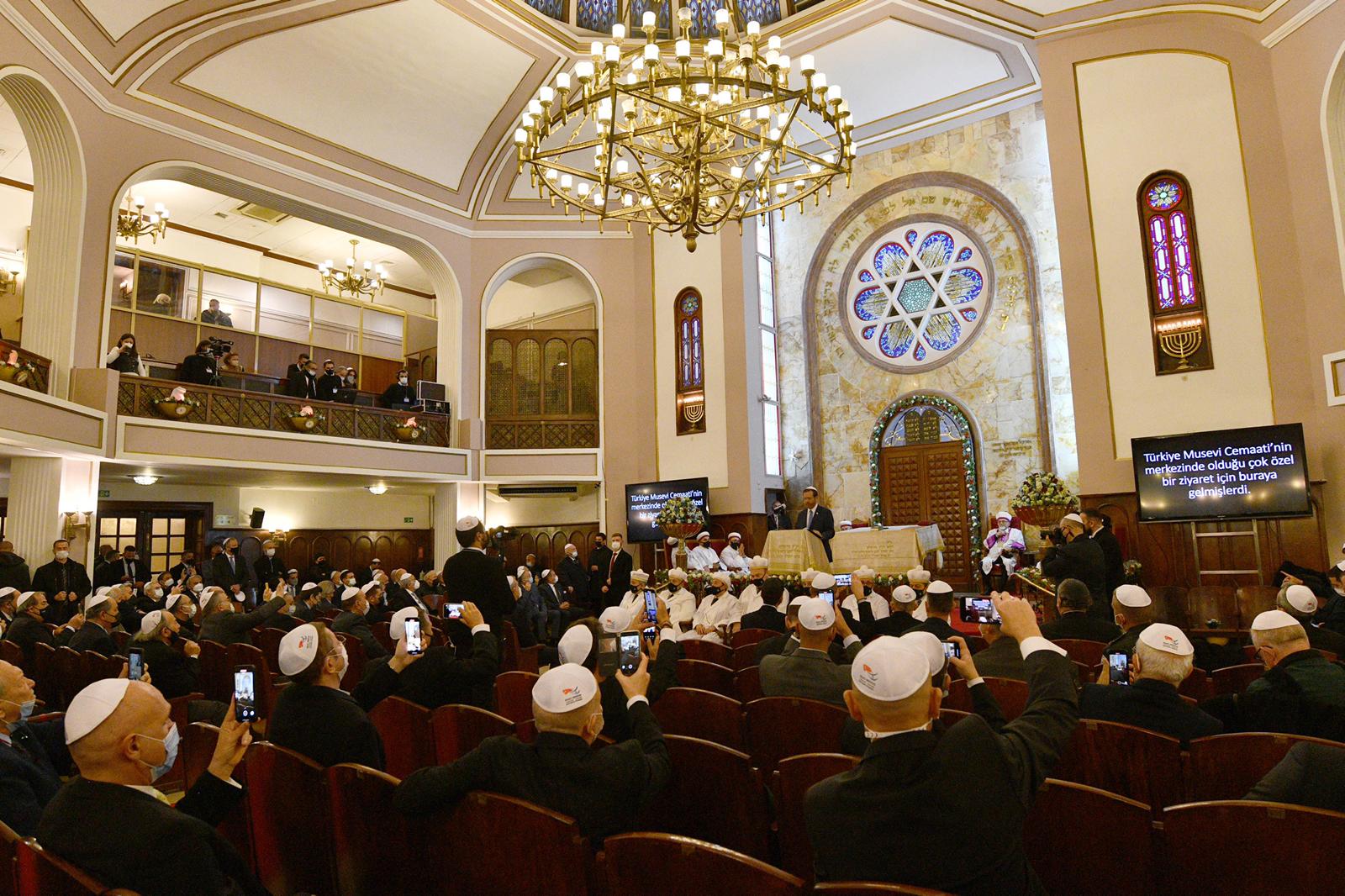 “I told him how important the Israel-Turkey relationship is to me. I told him that I believe that all of us, the children of all religions in the Middle East, can and must live in peace. I was pleased to hear from him that he agrees with me, and that he, too, thinks that regional stability is very important and that we must strengthen what unites us, what unites all religions and peoples,” said Herzog.

“We understood that both of us believe that in days like these, with the winds of war, and the terrible tragedy in Ukraine, we must walk down the path of the heritage of the Children of Abraham. A heritage of respect, tolerance, and friendship. Of a relentless struggle against racism, anti-Semitism, and hatred of the other.

“Our world needs more peace and fewer wars, tragedies and battles. In the words of the prayer: ‘May He who makes peace in His heights make peace upon us and upon all Israel; and say, Amen.’ ”