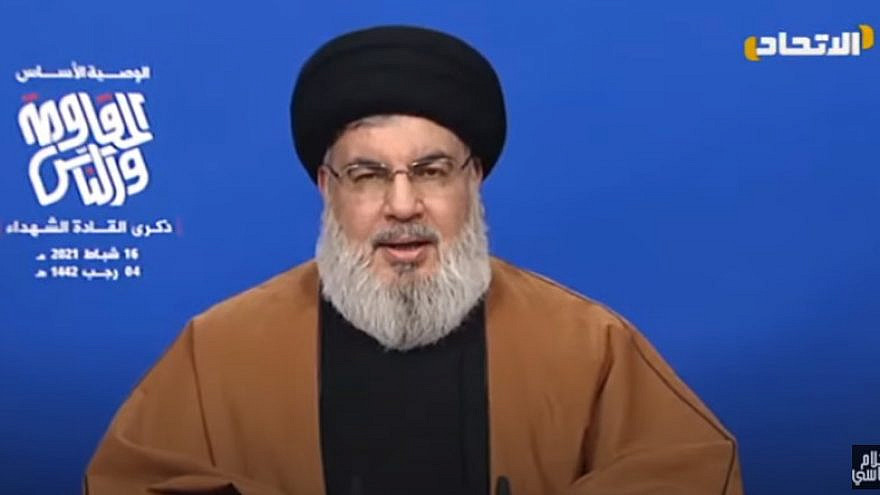 The leader of the Lebanon-based terrorist group and Iran proxy issued this threat during a speech broadcast while the Israeli Air Force was carrying out a four-day drill in the north of the country. Dubbed “Galilee Rose,” the exercise, which began on Sunday, simulated multiple scenarios involving war with Hezbollah and Iranian troops in Syria.

“We are not seeking a confrontation or war, although certainly, we won’t forget the blood of our martyrs,” added Nasrallah. “But should a confrontation take place, we will engage in it. I warn that even the game of ‘a few days of fighting’ will be a dangerous game for the Israelis and would lead them to undesirable consequences.”

A day earlier, on Monday, Israeli Defense Minister Benny Gantz warned that Israel would “not hesitate to act” to defend itself against Iran or its proxies near Israel’s northern border.

“The IDF operates on the border to this day and will continue to do so,” he said, during a memorial ceremony honoring the 73 soldiers killed in the 1997 helicopter disaster.

“We will not hesitate to undermine Iran’s efforts to entrench itself near our borders, and Nasrallah is well aware that his decision to build munition and missile bunkers and to perfect Hezbollah’s [missile] capabilities endangers him and the Lebanese people,” said Gantz. “The Lebanese government should also know this and assume responsibility for it.”