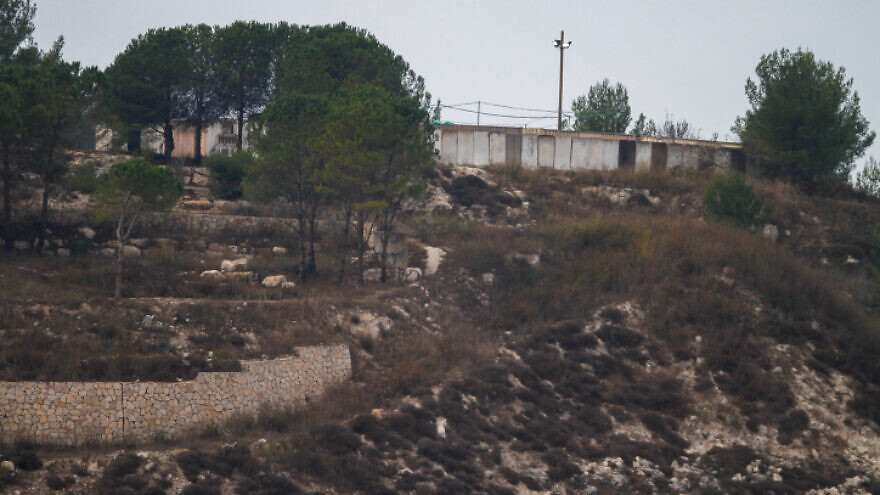 (January 4, 2023 / JNS) Israel’s new government is committed to strengthening the Jewish presence in Judea and Samaria and is therefore contesting a Supreme Court order to evacuate Homesh, Finance Minister and Minister within the Defense Ministry Bezalel Smotrich told JNS.

“The government is changing directions and supports the yeshivah in Homesh. As we promised, we will do everything in order for the communities in Judea and Samaria to grow and flourish,” he said.

Israel’s Supreme Court, sitting as the High Court of Justice, this week gave the new government a three-month extension to explain why the Homesh Yeshivah in northern Samaria should be allowed to remain intact, despite previous court opinions stating that the community of Homesh was built on private Arab land.

Government lawmakers view the court’s postponement as a potential game changer and the first step towards the partial reversal of the 2005 Disengagement Plan Implementation Law under which Israel unilaterally evacuated the 21 Jewish communities in Gaza and four communities in northern Samaria: Homesh, Sa-Nur, Ganim and Kadim.

The yeshivah in Homesh, then called the Har Shalom Yeshivah, was moved to Mitzpe Eshtemoa in Judea, but a renewed Homesh Yeshivah was founded in 2007.

The coalition agreement between Likud and the Religious Zionism Party, led by Smotrich, calls on the new government to reverse parts of the disengagement and allow for the Homesh Yeshivah to stay, as a first step towards rebuilding the four area communities.

Following the High Court’s postponement, Smotrich along with Defense Minister Yoav Galant issued a statement sent to JNS indicating that “the government intends to pass legislative amendments, and draw up an outline which will allow the continuation of Torah study [in Homesh] in accordance with the law.”

During the disengagement in the summer of 2005, Israel evacuated its entire civilian and military presence from Gaza. However, while the four civilian communities in northern Samaria were dismantled shortly thereafter, the areas were simply designated as closed military zones, with an army presence intact.

Nevertheless, a game of cat and mouse has taken place since that time between the IDF and former residents and supporters, with the Homesh Yeshivah operating inside caravans and tents on the site, and troops sent in time and time again over the years by the Defense Ministry’s Civil Administration to take it down.

Minister of National Missions Orit Strock told JNS, “The new Israeli government 100% supports correcting the injustice and idiocy of the uprooting of the northern Samaria communities during the disengagement. We intend to quickly amend the Disengagement Law in order to allow the yeshivah to remain in Homesh, and maintain an Israeli civilian presence in northern Shomron [Samaria].”

Strock added, “Our support is based on enormous public support on this issue, anchored in the coalition agreements, and will, please G-d, materialize in practice very soon.”

Shlomo Ne’eman, head of the Yesha Council and chairman of the Gush Etzion Regional Council, said in a statement: “We thank ministers Yoav Galant, Yariv Levin (Likud) and Bezalel Smotrich for formulating the state’s response to the High Court, calling for them to allow the continuation of a Jewish presence in Homesh.”

Ne’eman stressed to JNS, “It is true that the crime of the expulsion [the disengagement] will be difficult to reverse, but we view this with utmost importance as the righting of a wrong towards a better future. We hope that from now on the state’s response, along with political petitions [to the High Court] against the communities in Judea and Samaria, will be handled similarly.”

Davidi Ben Zion, deputy head of the Samaria Regional Council, also referred to the disengagement as criminal, telling JNS, “Now is the time for action from the government, not words. What happened [the 2005 evacuation] at Homesh and Sa-Nur and other Samaria communities was criminal, simply criminal, and it must be rectified.

“Part of the purpose of the expulsion was to cover up the criminal charges against Arik Sharon [then-Prime Minister Ariel Sharon]. Therefore, a new law must be passed nullifying the Disengagement Law, which will permit the reconstruction of these communities,” said Ben Zion.

“We expect that this will happen under the new government. The first step is to prevent the destruction of the yeshivah of those heroes at Homesh, and ultimately, and most important, the nullification of the disengagement and the rebuilding of the four communities,” he said

The Yesh Din organization, which represents the Arab land claimants in court and filed a petition to the High Court several years ago calling for the removal of the Homesh Yeshivah, responded to the court postponement on Twitter, saying:

“The regularization of the Homesh outpost will further entrench the repression and dispossession of the rightful Palestinian landowners of this land. Homesh is situated on private land which cannot be regularized. This is land theft under the auspices of Israeli rule of law.”

However, when it comes to Judea and Samaria, Prof. Eugene Kontorovich, director of international law at the Kohelet Policy Forum in Jerusalem, told JNS, “When cases involving land status are unclear, groups like Yesh Din and Peace Now commonly claim that there is a private Palestinian landowner wherever Jews happen to be.”