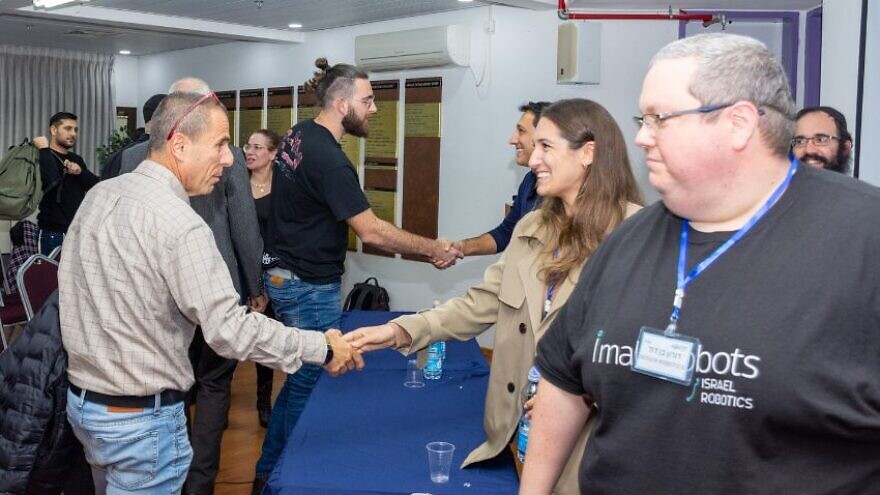 (January 10, 2023 / JNS) A panel of tech experts offered advice on the keys to startup success to an audience of students from the Galilee at the Braude College of Engineering in Karmiel on Monday.

Titled “The Real Step-by-Step Journey of a Start-Up,” the evening panel discussion was moderated by Sivan Baram, CEO and co-founder of radd., a company that boosts customer engagement.

The event was the brainchild of Rabbi Nosson Rodin, director of the campus Chabad at the school and founder of Project UP-START, a non-profit geared to helping entrepreneurial young adults who lack a business-oriented background.

“Empowering students with a valuable knowledge base, including the basics of entrepreneurship, how to navigate the startup ecosystem and the real professional connectivity to enable success, is the essence of our organization at its core,” Rodin said.

“We’re targeting students of the [geographical] periphery who have great knowledge of engineering in all different fields, mostly high-tech, but have no knowledge about startups,” Rodin told JNS.

The “periphery” refers to areas such as the Galilee, Negev and Jordan Valley, which lag behind socioeconomically and in terms of basic infrastructure.

“If you look at Tel Aviv, all the startups that exist in Israel, all the success stories, how many haredi people do you see there? And also look through the list of founders and see how many have gone to any of the colleges of the periphery? The answer is that you’re going to come pretty close to zero,” Rodin said.

The panel discussion was meant to act as a teaser to attract students to a 12-session accredited course at the college. Ronald Hans, co-founder of New York-based company Tech Talk Media, developed the curriculum. “He has the background,” Rodin said, noting that Hans has worked on similar curricula and programs in partnership with Stanford University and the Massachusetts Institute of Technology.

“We’ll teach all the basics, from getting an idea at the start to going to market at the end,” Rodin said. “It will be very practical. We’re going to bring top people in the field, from those running their own startups to their funders to people from accelerators. Basically, they’ll get the vocabulary and all the skills needed.

“The goal is to also reach out to other schools, both nationally and internationally. We’ll work with Chabad to get this program rolling in other places that also seem to have the same issues,” he said.

Weinsweig told the audience that success starts with “intense conviction.

“I’ve interviewed 1,000s of entrepreneurs going through the interview process,” she said, “And I think the most important thing is that they have a conviction that the solution that they’re offering doesn’t exist anywhere else in the market.”

The startup entrepreneur needs to believe that he or she alone has the ability to solve some burning problem. “You have to have this confidence,” Weinsweig said.