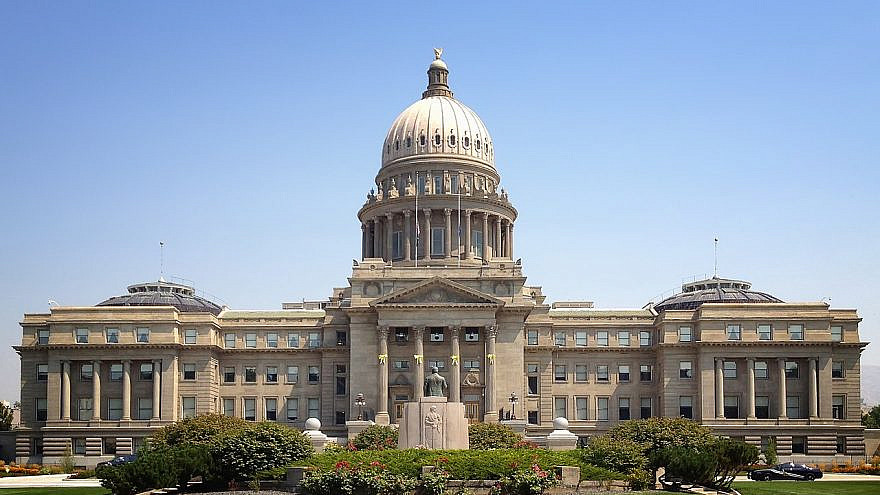 Idaho’s Anti-Boycott Against Israel Act, signed by Gov. Brad Little, said a public entity in the state may not enter into a large-scale contract with a company “unless the contract includes a written certification that the company is not currently engaged in, and will not for the duration of the contract engage in, a boycott of goods or services from Israel or territories under its control.”

West Virginia’s “prohibition on contracting with companies that boycott Israel,” signed by Gov. Jim Justice, noted that the state “has an economic and a humanitarian obligation to denounce and reject the Boycott, Divestment and Sanctions Movement against Israel, and to prevent the state or any of its instrumentalities from contracting with companies that engage in the movement.”

The Alabama legislature encouraged and endorsed Holocaust education by stating that public schools should teach students about the history of anti-Semitism and the Holocaust, as well as “the impact of personal responsibility, civic engagement and societal response in the context of the Holocaust.”

The legal measures were backed by Christians United for Israel (CUFI), the nation’s largest pro-Israel organization.

“All three states—Utah, Idaho and West Virginia—where CUFI sought to advance legislation this year ensuring that taxpayer dollars do not end up in the hands of those who boycott Israel, have now seen those measures become law. And in Alabama, after close communications with a host of allied organizations and the Department of Education, we are now seeing that state endorse quality Holocaust education,” said CUFI founder and chairman Pastor John Hagee.

He added that “whether it comes in the form of Israel-boycotters or old-fashioned bigots, CUFI is resolutely committed to combating anti-Semitism at every turn.”