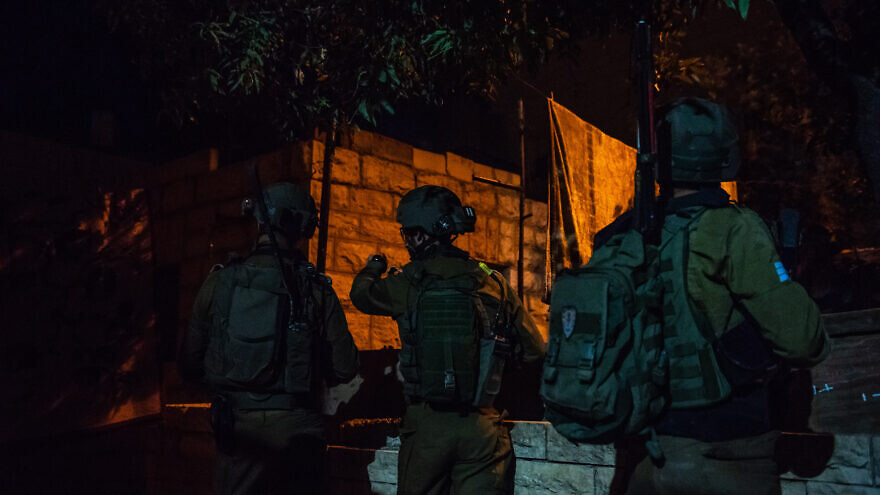 The IDF also said that it had temporarily closed the Erez border crossing into the Gaza Strip.

On Monday, the military launched an operation that resulted in the arrest of Bassam al-Sa’adi, who leads PIJ in Judea and Samaria and is suspected of building terror cells in the area.

The Israeli forces that entered Jenin came under fire and a gun battle ensued, the military said in a statement. A number of terrorists were hit, according to the IDF. At least one gunman—later claimed by PIJ as one of its members—was killed, according to the statement.

There were no casualties among the Israeli forces, who seized weapons, ammunition and cash.

Al-Sa’adi was reportedly lightly wounded in the exchange.

During the activity, Palestinians shot at and—as seen here—hurled rocks at the forces.

We will continue to operate against the threat of terrorism. pic.twitter.com/HDV9bQ7QwB

According to Ynet, Ashraf Jeda, Sa’adi’s son-in-law, was also detained on suspicion of terrorist activity.

“We announced our intention to raise readiness among our fighters and combat units, in response to the aggression against the senior commander Sheikh Bassam al-Sa’adi and his family a short while ago in Jenin,” PIJ said in a statement. “We warn Israel against harming al-Sa’adi’s life, and we are ready to respond to the aggression with force if Israel does not stop.”