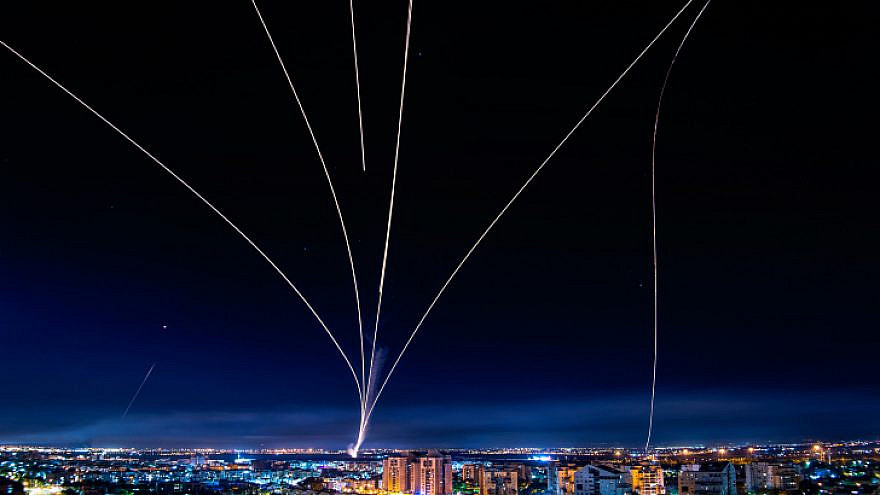 (May 16, 2021 / JNS) The Israel Defense Forces on Saturday demolished a multi-story building in Gaza that it said contained military assets belonging to Hamas’s military intelligence division.

The Hamas terror organization deliberately places military targets in the heart of densely populated civilian areas in the Gaza Strip,” the IDF said in a statement, adding that it provided “advance warning to civilians in the building and allowed sufficient time for them to evacuate the site.”

Other targets hit by the IDF on Saturday evening and into Sunday included Hamas’s intelligence headquarters in Gaza, which according to the Israeli military enabled Hamas to create operational assessments. The site was located near a kindergarten, according to the IDF.

“Both residences served as military infrastructure for the Hamas terror organization,” it added.

Other sites hit included the offices of Samah Sarag, head of Planning and Development of the Hamas Political Bureau, the residence of Youssef Abel-Wahab, commander of the Hamas Zeitoun Battalion in Gaza City, and the residence of Ahmad Abd el-Aal, a senior Hamas military intelligence official, said the IDF.

IDF strikes on Hamas’s tunnel network—dubbed “the Metro” by the military and designed to impede an Israeli ground offensive—continued on Saturday night, with around 30 targets hit by IAF fighter jets using 100 guided bombs.

According to Ynet, Gazan sources have reported a total of 26 people killed in IAF strikes on the Hamas tunnels.