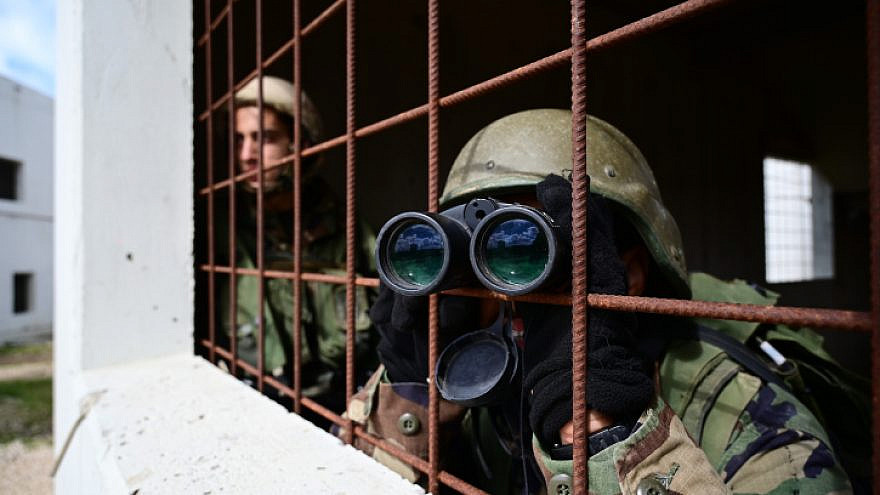 (April 5, 2021 / Israel Hayom) It was cleared for publication on Sunday that Israeli forces operated in Syrian territory in the summer of 2020, though many details remain classified.

In one of the operations, in July 2020, troops belonging to the Israel Defense Forces’ Golani Brigade crossed into Syria under cover of night. The mission targeted a Syrian army position that according to Military Intelligence was built in March 2020 in the buffer zone along the Israel-Syria border. This was the first Israeli incursion into Syria in years.

The post had been erected some 4,000 feet from the Israeli border, and constituted a violation of the 1974 Separation of Forces Agreement with Israel, signed following the 1973 Yom Kippur War. The agreement calls for the buffer zone to remain free of military outposts at all times.

Israel viewed Syria’s move not only as a provocation but also a serious threat to the safety of Israeli forces deployed near the border.

A team of 18 soldiers was deployed for the mission, including a combat demolition team. An additional IDF contingent remained in reserve on the Israeli side of the border. The Israeli Air Force was also on standby to provide air cover.

The Israeli forces mined the base of the Syrian post, remaining in Syrian territory until the outpost was destroyed.

Lt. Col. Liron Appleman, who was involved in the mission as well as in several similar operations that followed, said that “it was very important to us [the IDF] to send a clear message to the other side that things perceived as a violation of our sovereignty won’t be tolerated.”

The message, he said, was received.
“This type of deterrence is working—none of the positions we destroyed has been rebuilt,” he said.

“The enemy is watching and trying to push the line, and we need to constantly be clear in our operations,” he added.