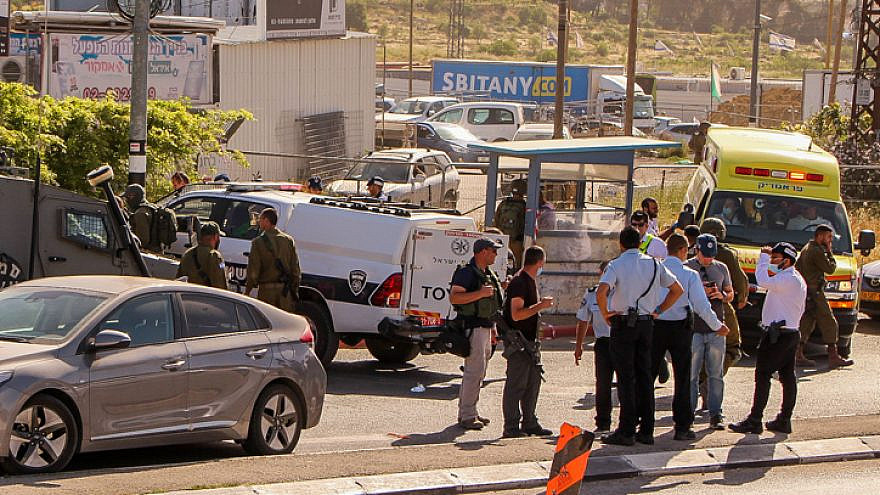 Israeli security forces near the scene of an attempted stabbing at the Gush Etzion Junction south of Bethlehem on May 2, 2021. Photo by Gershon Elinson/Flash90.
Spread the word.
Help JNS grow!
Share now:

(May 2, 2021 / JNS) Israeli forces thwarted an attempted stabbing at the Gush Etzion junction south of Bethlehem on Sunday, the Israeli Defense Forces said in a statement.

A female assailant armed with a knife approached the soldiers, at which point one member of the force engaged in standard operating procedure for arresting a suspect, ultimately firing at her legs and wounding her, according to the IDF.

The assailant was evacuated to Shaarei Tzedek hospital for treatment, where she died of her wounds. No Israeli casualties were reported.

Gush Etzion Regional Council head Shlomo Ne’eman condemned the attempted attack, saying, “This morning, we were witness to another attempt to harm Jews simply because they are Jews.” 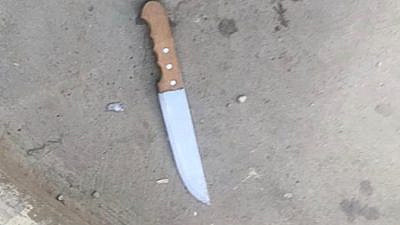 The knife used in an attempted terrorist attack at the Gush Etzion Junction south of Bethlehem on May 2, 2021. Credit: Israel Defense Forces.

The Gush Etzion Junction has been the site of multiple terrorist attacks.

On Jan. 31, an assailant was shot dead after charging at IDF soldiers with an improvised spear.