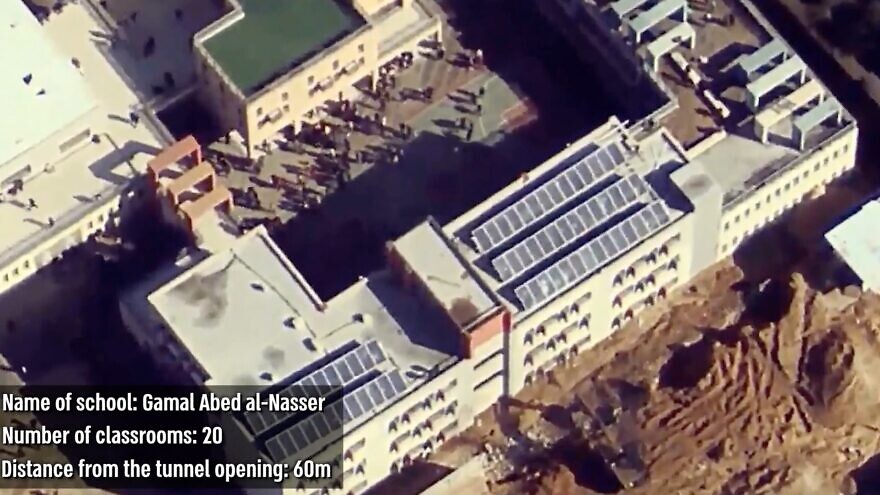 (December 14, 2022 / JNS) The IDF announced on Wednesday that more cases of Hamas employing children as human shields are now being revealed.

This development comes about two weeks after the U.N.’s Palestinian refugee agency, UNRWA, disclosed that the ground beneath one of its schools had fallen—and that the construction of a Hamas terrorist tunnel caused the collapse. The agency said in a statement that after “recently” identifying the cavity, it had protested strongly to the relevant authorities in Gaza to “express outrage and condemnation.”

“Hamas stationed a rocket launch site adjacent to the Mo’ath Bin Jabal school in the Shejaiya neighborhood of Gaza City. Near the school, which UNRWA uses as a shelter during emergencies, is a Hamas rocket launch site,” stated the IDF. 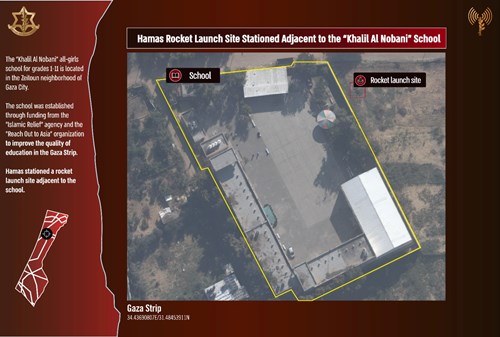 Hamas set up a rocket launch facility near the Khalil Al Nobani school in Gaza City’s Zeitoun area. The school is a public building meant to be a safe place for children in Gaza, but Hamas used it to launch rockets.

This comes after Hamas held an arms exhibition in Gaza on Dec. 9,  showing off locally made weapons as part of a series of events leading up to the 35th anniversary of the Palestinian terrorist group’s founding, according to a report from the Middle East Media Research Institute (MEMRI).

The terrorist group’s “military wing,” the Izz Al-Din Al-Qassam Brigades, displayed various weapons at the expo, which was attended by senior Hamas officials, armed and masked terrorist commanders, and operatives and other Palestinians, including children, according to the report.