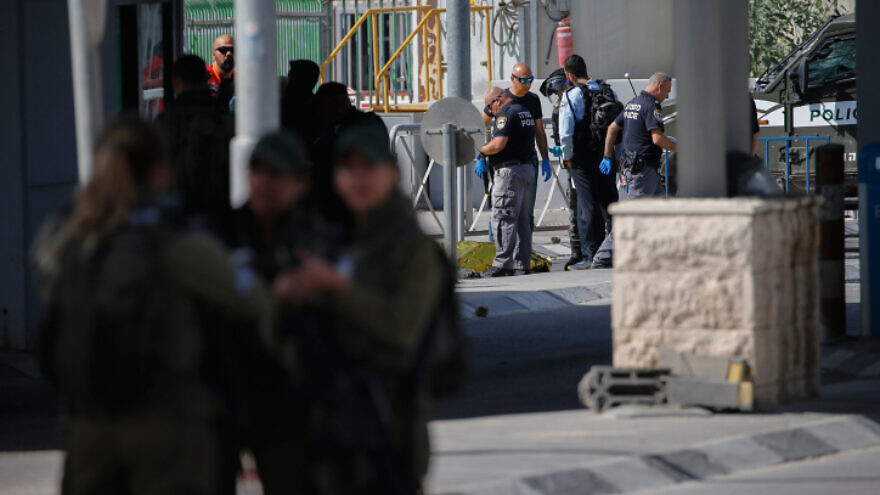 Israeli security forces guard at the scene of an attempted stabbing, at the Qalandiya Checkpoint near Ramallah, June 12, 2021. Photo by Jamal Awad/Flash90.
Spread the word.
Help JNS grow!
Share now:

(July 1, 2021 / JNS) An Israeli soldier was stabbed and her weapon was stolen on Thursday near a military base in the Jordan Valley, according to the Israel Defense Forces. The suspect was apprehended a short while after the attack and the weapon was recovered, the military said.

The suspect approached the soldier near the Nevo base and attempted to snatch her weapon, the IDF said in a statement. When she resisted, she was stabbed in the back. The suspect then fled with the weapon, the military said.

The soldier was treated on the scene and evacuated to hospital in moderate condition for further treatment.