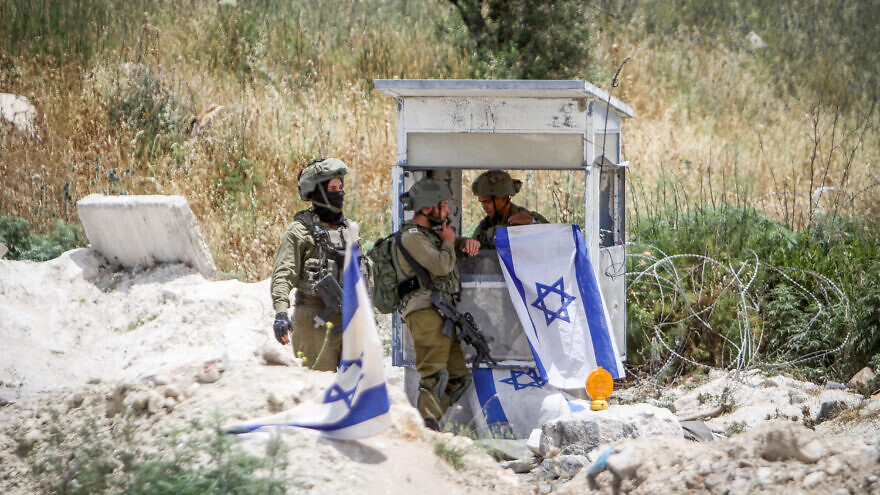 Israeli soldiers at the entrance to Homesh in Samaria on May 28, 2022. Photo by Nasser Ishtayeh/Flash90.
Spread the word.
Help JNS grow!
Share now:

(July 5, 2022 / JNS) A number of suspects in a passing vehicle opened fire at Israel Defense Forces soldiers at the entrance to the community of Homesh in Samaria on Tuesday.

“No IDF injuries were reported. The soldiers located bullet casings during searches of the area,” said the IDF Spokesperson’s Unit. “Security forces are searching for the vehicle and suspects.”

A grenade and two knives were found on the suspects, the military said in a statement.

Meanwhile, the IDF, together with the Israel Security Agency (Shin Bet) and Border Police, arrested 13 suspects and confiscated a number of illegal weapons during counterterror operations in Judea and Samaria on Sunday night, according to the military.

Raids and arrests occurred in Jenin, Nablus and Ramallah, and in the towns of ad-Dhahiriya, Rashida and Iskaka, said the IDF.