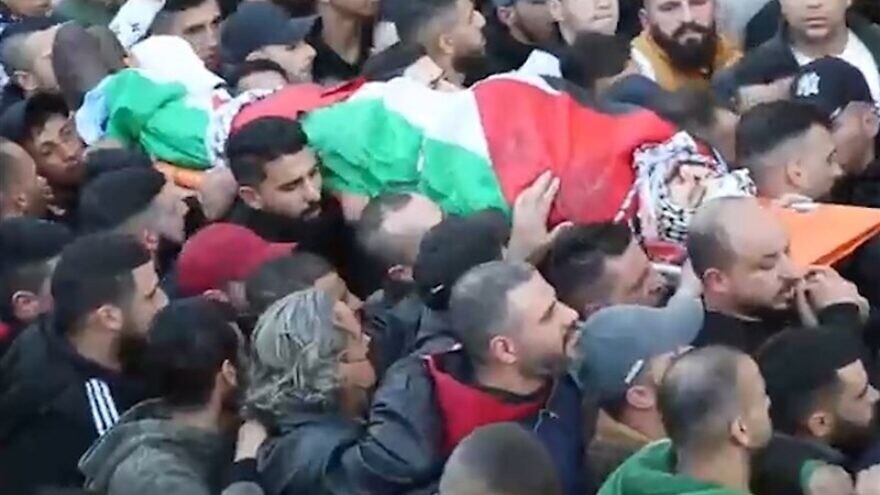 (October 25, 2022 / JNS) The Israel Defense Forces will act on all precise intelligence on terrorist activity in Judea and Samaria, commonly known as the West Bank, which threatens Israeli civilians or security personnel, a military official told JNS on Tuesday.

The source hours after a dramatic raid on the Lions’ Den terror group’s headquarters in Nablus.

“So long as we have precise intelligence on intentions to conduct terrorism, we will act against this. We will not allow civilians or security forces to be targeted,” said the source.

The IDF has been dealing with a spike in attacks against Israelis since March in Samaria since March, with a focus on hot spots around the cities of Nablus and Jenin, areas where the source noted the Palestinian Authority has almost completely lost control.

The number of shootings, fire-bombings and rock-throwing incidents has roughly tripled.

Since the IDF launched “Operation Break the Wave” on March 31, it has relied on precise intelligence from the Israel Security Agency (Shin Bet) and other intelligence services in arresting more than 1,500 security suspects— considered a very large number—and seizing more than 350 weapons, in an area saturated with illegal firearms.

The P.A. has good control of the situation in Judea and the IDF has not been taking unusual actions there while maintaining security coordination with P.A. security forces and enabling Palestinian and Israeli civilians there to maintain a reasonable routine, according to the source.

The situation is very different in Samaria and the IDF has needed to act forcefully. “If we do not conduct checks, searches or arrests, we will face more terror attacks,” the source said.

The IDF is dealing with a new enemy. While in the past, Hamas and Palestinian Islamic Jihad terrorists dominated the conflict, today “we are finding many terrorists who do not belong to one of these two organizations,” the source said. This creates its own set of intelligence complexities.

Lacking organizational affiliation, the new generation of attackers can be described as semi-organized, much like the Nablus-based Lions’ Den group, which has been responsible for a very large number of attacks recently, including the murder of IDF St. Sgt. Ido Baruch in a drive-by shooting attack in Samaria on Oct. 11.

Lions’ Den members have attempted several additional attacks. For example, a terrorist with a submachine gun and two bombs was sent to carry out an attack in Tel Aviv in September, but he was arrested in Jaffa after arousing the suspicions of police.

The IDF gave the P.A. a window of time to control the situation, particularly in Nablus, but this did not work as attacks escalated and guns continued to proliferate, prompting IDF commanders to launch broader security operations, culminating in Monday’s raid.

The source described the apartment targeted by Israeli forces as a lab for making guns and bombs and a situation room where Lions’ Den planners gathered to issue orders to operatives. Lions’ Den leader Wadi al-Houh and two additional terrorists were killed in a firefight during the raid.

Al-Houh, a 31-year-old resident of the Kasbah, or old city, in Nablus, was the raid’s main target, the IDF said.

He was responsible for the production of pipe bombs and obtaining weapons for the group.

in almost every such operation, the IDF and the Shin Bet run a joint control room to coordinate their activities.

“The Kasbah of Nablus is always complex to enter and operate in,” said the official.

Now, with calls for revenge echoing across Nablus, the IDF is on heightened readiness, as it has been for weeks, with a large number of battalions deployed across Judea and Samaria.

With Jenin and Nablus frequently the scene of combat, the IDF “is ready for any scenario,” said the source.