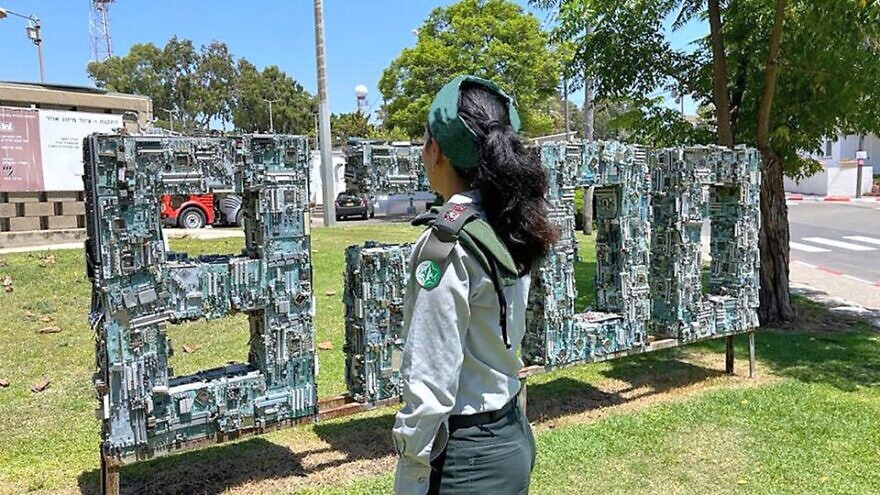 Lt. Col. G., who will be promoted to full colonel for her new position, has extensive experience in the unit, having performed a variety of roles in the directorate’s cyber, intelligence and operations divisions.

The 39-year-old, who will assume her command in the coming weeks, is expected to lead the MID’s artificial intelligence revolution, according to the Israel Defense Forces.

“I have been privileged to serve in Unit 8200, whose mission is to maintain Israel’s security,” said G. “Along with members of Unit 8200 and MID, I will lead the issue of artificial intelligence and information superiority in a way that will enable its rapid implementation in favor of significant leaps in the IDF’s operational effectiveness, in exposing the enemy and destroying it. I thank my commanders for trusting me and my abilities.”

G. joins a growing number of women in Israel being promoted to roles previously held solely by men.

Earlier this week, Brig. Gen. Yifat Tomer-Yerushalmi was named the IDF’s first female Military Advocate General, a role that carries a promotion to the rank of major general.

Tomer-Yerushalmi will thus become the second woman in IDF history to hold that rank, the first being Economy Minister Orna Barbivay, who was promoted to the rank in 2011 when she became the first female officer to head the IDF’s Personnel Directorate.