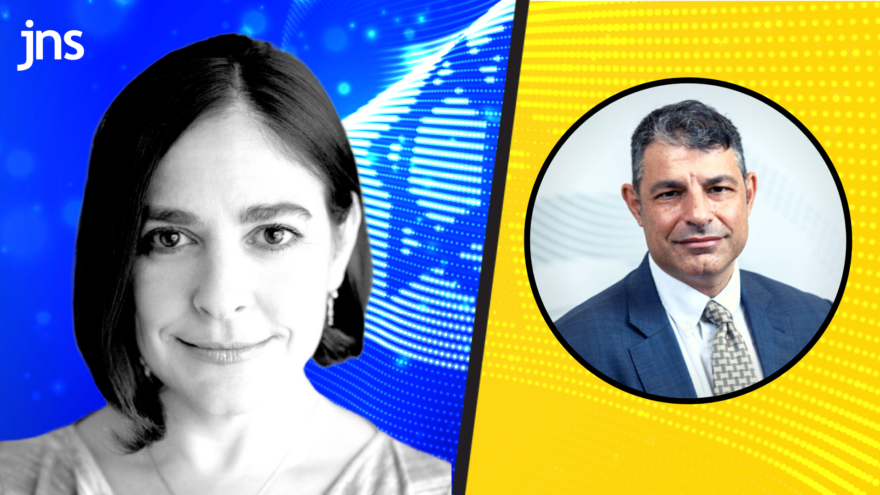 (August 16, 2022 / JNS) In Israel and the United States, unelected jurists and police forces are arrogating to themselves the right to decide what the law is and to use it as a political tool, argue Caroline Glick and Bar Ilan University law professor Abraham Bell argue on this week’s episode of “Mideast News Hour.”

“[Criminal] charges are part of the political game and are designed to drive people out of office or out of positions,” Bell tells Glick. “[They] are used selectively, in order to achieve political aims.”

Bell explains how in his view these mechanisms are behind the trial of former Israeli Prime Minister Benjamin Netanyahu.

According to Bell, “no matter how much the prosecution continues to show that it acted corruptly in putting together this case, and it acted incompetently in believing that it has a case, no matter how much that happens, I think that at the end of this, there is a conviction.”

During the episode, Glick and Bell discuss several other instances of police wrongdoing in Israel, commenting on an explosive interview given by Moshe Saada, former deputy head of the police investigation unit, to Israeli TV channels 12 and 14.

“What he described is a series of cases that he was involved with, where either there were prosecutions that seemed to him bizarre, or, and more importantly, cases of obstruction of justice where there was criminal activity that should have been investigated, should have been prosecuted, and the cases were closed,” Bell tells Glick.

These cases were closed “because the police and the Attorney General’s Office wanted to avoid adverse publicity while they were trying to take down the prime minister on dubious criminal charges,” he says.

Among the episodes were the case of a senior police officer accused of sexual assault and the indiscriminate killing of a Bedouin man several years ago whom at the time the police tried to paint as a terrorist.

Glick also mentions the prominent Pegasus case, uncovered in a report by the newspaper Calcalist, according to which the police used “a counterterrorism tool that was developed to infiltrate the communications of Israel’s enemies” against the prime minister and his inner circle with no legal basis.

An assault on democracy

The question of unelected officials weaponizing justice for a political agenda will be crucial in the upcoming elections both in Israel and in the United States, says Glick.

“One side supports it and one side opposes it,” she stresses. “I think that is what is on the ballot in November in Israel and in the United States.”

“What we are seeing is a broader assault on democracy using the language of law. There are two casualties: Democracy and law,” Bell warns.