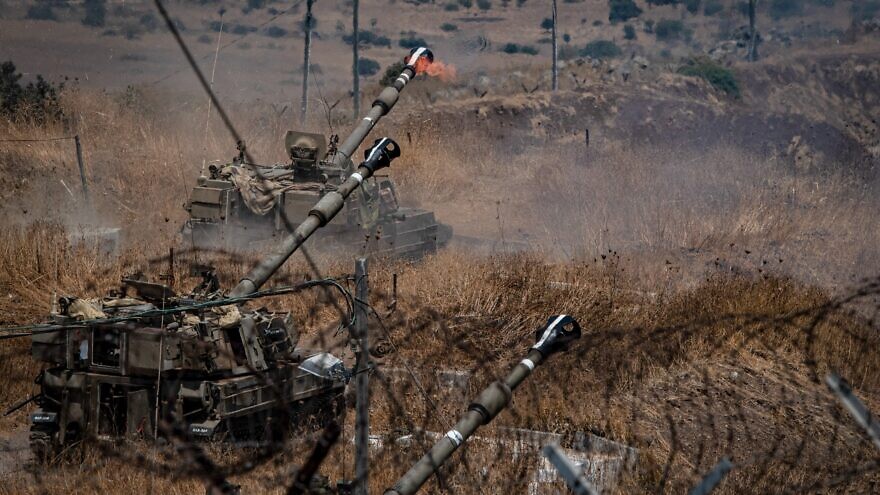 Israel Defense Force Artillery Corps fire into Lebanon near the border with Israel after Hezbollah launches 19 rockets, some at Kiryat Shmona in the north, on Aug. 6, 2021. Photo by Basel Awidat/Flash90.
Republish this article
836 WORDS
Spread the word.
Help JNS grow!
Share now:

(August 6, 2021 / JNS) Hezbollah’s decision to fire 19 rockets at northern Israel on Friday came after the Lebanese terror organization took 24 hours to deliberate over a major dilemma: How should it respond to Israeli airstrikes in Southern Lebanon, launched early on Thursday morning?

The Israeli strikes targeted a Lebanese area that was used on Wednesday by a Palestinian terror faction to fire three Grad rockets at the Israeli northern town of Kiryat Shmona. The Israel Air Force also hit what it described as “infrastructure used for terror in Lebanon” and areas used by Palestinian factions to fire on Israel in the past as well.

It was the first time that Israeli jets struck in Southern Lebanon in many years, and Hezbollah’s leadership found itself in a bind. While the terror group certainly isn’t interested in a war with Israel at this time, it also feared the idea that Jerusalem would begin getting “used” to openly striking terror targets in Lebanon—a trend that the Iranian-backed organization felt would chip away at the deterrence it had spent years building against Israel.

At 10:54 a.m., the results of Hezbollah’s decision came in. Warning sirens went off in four different areas in the Golan Heights and the Galilee. A 19-rocket barrage apparently fired from a vehicle-mounted launcher triggered the sirens. Three rockets fell inside Lebanon and 16 crossed into Israeli air space. Of those, the Iron Dome air-defense system intercepted 10 projectiles, and six fell in open areas.

For the first time since the Second Lebanon War in 2006, Hezbollah officially claimed responsibility for the rockets launched towards Israel.

“We believe that Hezbollah does not want a full-out war, and we definitely do not want one,” said Shefler. Nevertheless, “Israel is prepared to defend its civilians and will not allow any acts of terrorism,” he said, adding that the Israel Defense Forces was awaiting government directives over how to respond. 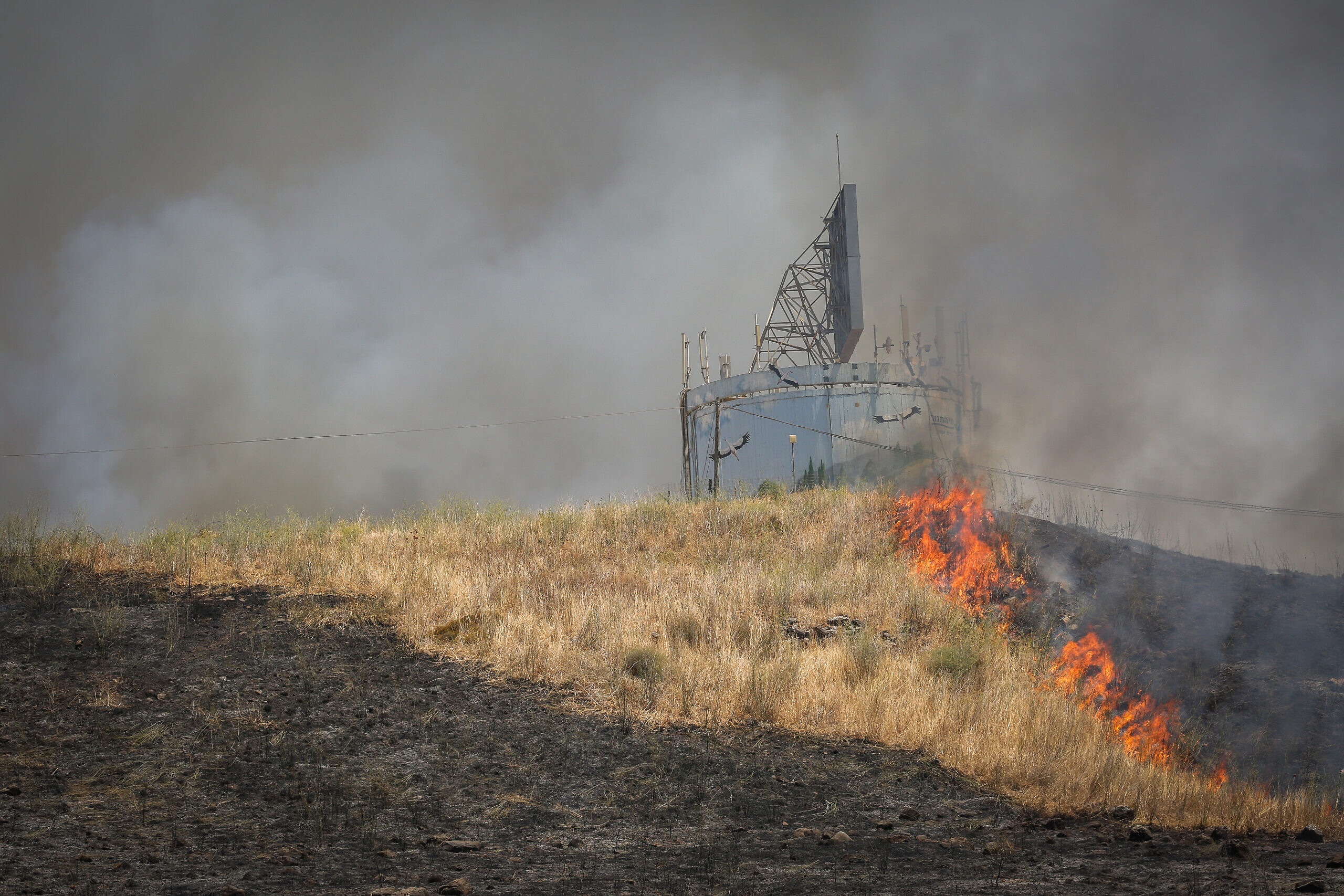 The results of a missile fired from Lebanon, into northern Israel, hitting an open field near the city of Kiryat Shmona on Aug. 4, 2021. Photo by David Cohen/Flash90.

‘The dogs of Hezbollah are firing from the Druze heartland’

According to the IDF’s assessment, Hezbollah is signaling that it will not allow Israeli airstrikes to pass without retaliation. Shefler said the terror organization is also trying to signal its control of Southern Lebanon, although he added that Wednesday’s rocket attack shows “precisely that they don’t have that control because Palestinian factions shot rockets from there.”

The Lebanese government also has no tangible control of Southern Lebanon, he noted. Thus, the growing anarchy in Lebanon has already led to a security escalation.

While Iranian-backed terrorism is occurring throughout the region—from the Gulf region to the Israeli-Lebanese border—Shefler expressed doubt that Iran ordered Hezbollah to conduct this specific rocket attack, suggesting instead that it was an independent Hezbollah decision.

Following the attack, the Israeli defense establishment began an intensive series of assessments. At IDF General Headquarters in Tel Aviv, Defense Minister Benny Gantz met with IDF Chief of Staff, Lt. Gen. Aviv Kochavi, as well as the head of the IDF Operations Branch and the head of Military Intelligence to formulate response options for the security cabinet.

Meanwhile, a dramatic and unexpected twist occurred in Lebanon itself, when villagers from the southern Lebanese Druze village of Shwaya discovered a vehicle-mounted rocket-launcher and a Hezbollah operative traveling through their area. Angry villagers quickly surrounded the operative, who was rescued by village elders and handed over to the Lebanese Armed Forces. The LAF later announced that it had arrested four suspects.

“Let the whole world see. Hezbollah is firing from near homes so that it [Israel] hits us,” a Druze villager said on a video posted to social media. The furious response by the villagers indicates that Hezbollah can expect no cooperation from Lebanese Druze in any future attempt to use them as human shields. Such tensions also represent simmering sectarian fault lines in Lebanon, which are becoming more acute as the country continues to experience massive economic and political crises.

“The dogs of Hezbollah are firing from the center of the Druze heartland,” a villager said in the video.

Meanwhile, the identity and specific motivations of the Palestinian factions in Lebanon who have been behind rocket attacks in recent months remain mysterious. It’s not yet clear whether they are affiliated with Hamas, Palestinian Islamic Jihad or other groups. Their organizational affiliations are indirect.

The Israeli defense establishment is still gathering information on their identities, though their areas of operation are well known by now.

The IAF sent four fighter jets to attack areas used by the factions on Thursday after IDF artillery guns targeted their areas on Wednesday in response to the rockets aimed at Kiryat Shmona.

“We do not wish to escalate to a full war,” said Shefler on Friday, adding, however, that “we will not allow these acts of terror to continue. We will wait for the government’s directives to see how things will continue.”