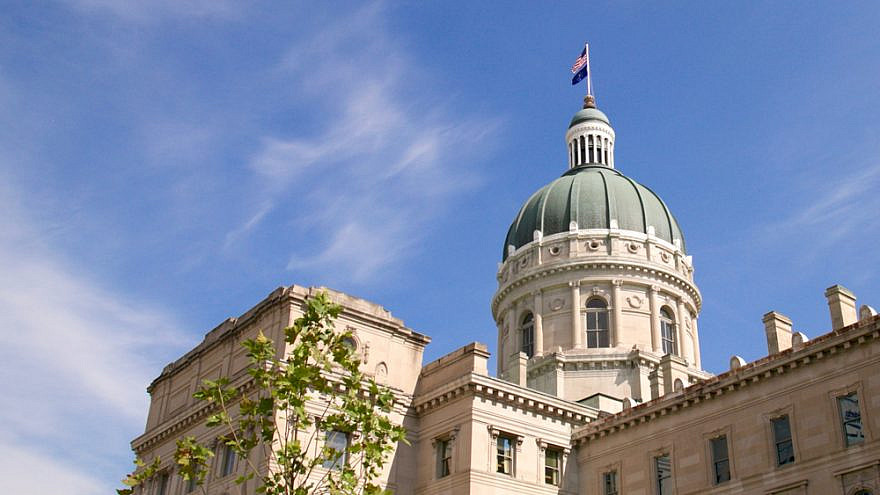 (May 5, 2021 / JNS) Jewish day-school advocates are among those celebrating Indiana’s expansion of its school-choice programs to allow some 90 percent of families in the Hoosier state to receive state-funded vouchers.

As part of the new budget, families who earn up to 300 percent of the Federal reduced-lunch program are now eligible for the “Indiana Choice Scholarship Program,” as it is officially called. That’s up from 150 percent of funding previously. Practically speaking, that means a family of four earning $142,000 can now apply to receive state-funded aid to attend the school of their choice.

“This is a very good thing, and we are proud that Indiana is leading the way,” said Monica Rosenfeld, president of the board of directors of the Hasten Hebrew Academy of Indianapolis. “It makes it much easier for parents who are middle-income” and need some financial help affording a Jewish day school.

She notes that lower-income families were already receiving aid, and those with higher incomes could afford the school’s tuition, which for the 2021-22 school year ranges from about $10,000 for kindergarten to $15,000-plus for the upper elementary/middle-school grades at the preschool- through eighth-grade school. (Preschool is not included in the school-choice program.)

“We have parents who have said to us that if tuition goes up, they’ll be priced out,” said Rosenfeld, noting that this will “100 percent” help those families.

Across the state, Jewish day-school supporters are also pleased with the move to allow more families to choose the best option for their children’s education.

“Thanks to the Choice Scholarship Program, parents can afford to send their children to the school that they feel is the best fit for each individual child,” said Yehuda Seligson of the South Bend Hebrew Day School. “The voucher check empowers parents, as they don’t have to beg the school for a [tuition] discount that may or may not be available.”

“Instead, they bring a check that is 90 percent of what the state would have paid for their child had they attended South Bend public schools,” he said. “When parents choose to use their voucher at our school, we take that responsibility seriously, and we don’t take it for granted.”

Currently, 36 students receive aid through the state school-choice program, and Seligson noted that “we expect to see many more students benefiting from the programs next year.”

In addition to the increased voucher availability, the state has authorized an expansion of its School Scholarship Tax Credit Program, which allows individuals and businesses to receive a tax credit for donations to Scholarship Granting Organizations. Those SGOs then funnel the money to schools to use for financial aid to students. Donors are allowed to earmark their donations for specific schools.

At Hasten, that allocation was $279,000 in scholarship dollars awarded to 39 students.

According to Rabbi A. D. Motzen, Agudath Israel of America’s national director of state relations, “Indiana is just one of many states advancing educational choice during this legislative session.”

He said that the coronavirus pandemic has helped policymakers “realize that parents need additional educational options. Legislatures have responded with new and expanded programs in West Virginia, Kentucky, Georgia, Arkansas, and Florida with several other states following closely behind.”