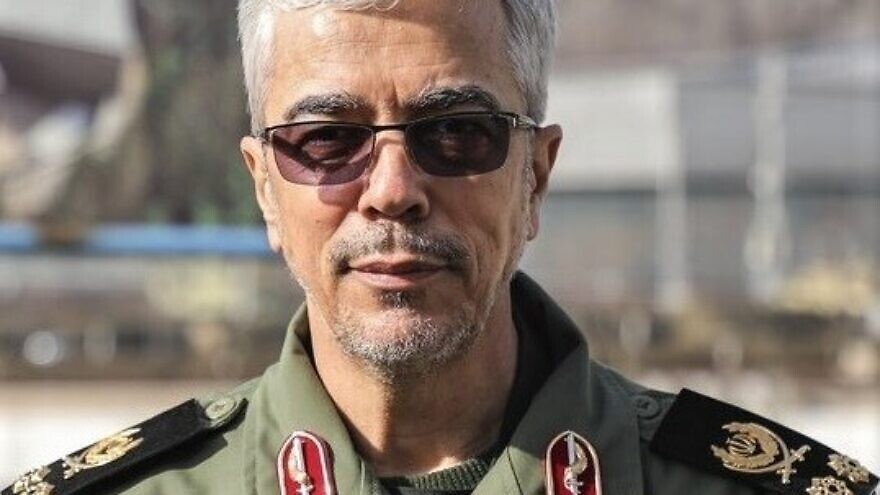 (May 24, 2022 / JNS) Iran held the funeral on Tuesday for slain Islamic Revolutionary Guard Corps (IRCG) Col. Hassan Sayyad Khodayari, who was gunned down on Sunday by two people on a motorcycle outside his home in Tehran.

“Our reactions will be harsh and crushing, and we will definitely make the enemy regret [its actions],” said IRGC commander Hossein Salami, reported Iran’s Fars News Agency. “Revenge for the blood of these loved ones will be harsh, and revenge for his blood will be taken. No evil act of the enemy will go unanswered; we will freeze the enemy in his aspirations.”

The leader blamed the killing on “global arrogance,” a code name for the United States and Israel.

“The assassination of this great martyr is a sign of the despicability and humiliation of the false claimants of human rights, and their desperate efforts to cover up their disgraceful defeats against the Resistance Front,” he said on Monday.

“No doubt the overt and covert supports from the U.S. regime play an important role in increasing the occupying regime’s [Israel’s] boldness and impudence in such a way that it not only continues to occupy the Golan Heights of Syria, but also launches aerial and missile attacks on the infrastructures of the Syrian government and nation repeatedly,” he said, according to Iran’s Tasnim News Agency.