(December 29, 2021 / JNS) Iranian-made unmanned aerial vehicles (UAVs) are stationed in Venezuela, on the northeast tip of South America, where some 2,000 kilometers (1,243 miles) separate them “from skyscrapers in Miami,” the author of a new report on the threat of UAVs has told JNS.

Maj. (res.) Tal Beeri, head of the research department at the Alma Center, a defense watchdog located in northern Israel, said the new report highlighted a topic that until now has received little attention—the arrival of Iranian-made UAVs in the western hemisphere.

The report notes that in general, Iranian-made UAVs compose “thousands of unmanned systems, which are designed to gather intelligence, and to strike surface or air targets, either by launching missiles and bombs, or conducting a suicide explosive attack by diving into the target.”

Venezuela, essentially in the backyard of the United States, is a state that the office of Iranian Supreme Leader Ayatollah Khamenei classifies as being, at least symbolically, a part of the radical Shi’ite axis, said Beeri, a former member of the IDF Military Intelligence Directorate.

“The Venezuelan regime, like Iran, is isolated. They share common interests and foster ties. Iran has clear economic and military interests in the country, and it is exploiting Venezuela’s weakness,” said Beeri. Venezuela, for its part, benefits by receiving military capabilities in the form of UAVs from Iran, which it says are for domestic security use, such as protecting oil assets.

Venezuela also swaps its heavy oil for Iranian condensate oil, which can be used to make gasoline—and which Venezuela can use to “improve the quality of its tar-like crude [oil],” according to a Reuters report.

The U.S. has been concerned over Iranian oil tankers and naval vessels traveling to Venezuela in recent months.

“Ultimately, the Iranians have marked out Venezuela as a potential base for some sort of activity against the U.S. in the future,” Beeri told JNS. 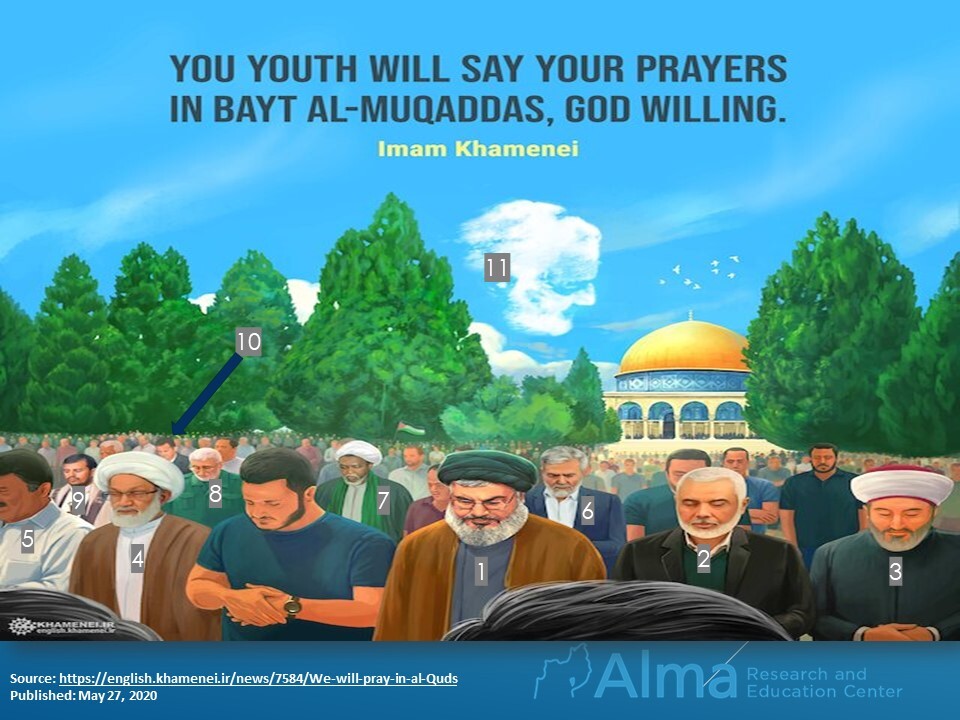 “Even if they do not actually act from it, in Iran’s strategic view, merely having a presence there is a threat to the United States,” he added.

The Islamic Republic appears to believe that such a presence could contribute to its deterrence posture against Washington, helping it to “think twice” before taking military action against Iran.

Iran has unveiled multiple UAVs in recent years with ranges of 2,000 kilometers.

Asked if it was reasonable to assume that Iran’s Islamic Revolutionary Guard Corps maintains personnel in Venezuela, Beeri replied in the affirmative, adding that they could be there under the designation of being military or technological advisors.

“We know that a production line for making the Iranian Mohajer 6 UAV has been set up in Venezuela, ostensibly for domestic use,” said Beeri.

The Alma Center’s report estimated that closer to home, Hezbollah in Lebanon has amassed around 2,000 UAVs—a dramatic leap from the approximate 50 that it had in 2006.

“The number of UAVs in Hezbollah’s possession has gone up threefold every few years. At some point, it will hit a ceiling, but they haven’t reached that yet,” said Beeri. “In the end, Hezbollah wants an extensive UAV capability, made up of large systems because of its understanding of the damage this can cause Israel.”

That potential damage would be both actual and cognitive among the public, with the UAVs making up for many other capabilities that Hezbollah lacks, namely, airpower and sufficient quantities of precision missiles.

“It has been estimated that Hezbollah has a few hundred PGMs, but they think that isn’t enough. Hezbollah has run into difficulties in its attempt to obtain more. Suddenly, it has an alternative. UAVs are relatively cheap and accurate. They bridge the gap. Hence, they’re interested in growing their stockpile,” he explained.

During the Syrian war and Hezbollah’s heavy involvement in it, the Iranian-Shi’ite axis was able to open a ground smuggling corridor linking Iran to Syria via Iraq. This, Beeri said, allowed for the smuggling of UAVs to Hezbollah’s possession.

“The cherry on top is the growth in the domestic UAV manufacturing capability by Hezbollah in Lebanon,” he said. “It can create its own UAVs on Lebanese territories by purchasing local components. While the majority of their UAV fleet is smuggled from Iran, a growing number of the systems are self-produced in Lebanon, using Iranian know-how.”

While UAVs began as tactical threats, a swarm of such systems that target Israeli air-defense systems quickly becomes a strategic threat, according to Beeri.

“They can be sent towards Haifa port on swarm attacks, paralyzing it, or to Ben-Gurion Airport. This creates a strategic problem,” he said.

While defense systems exist to take on UAVs and are growing in efficiency with time, their ability to deal with swarms remains unclear.

A recent Iranian war exercise saw trucks launching five UAVs each. Ten such trucks could create a wave of 50 UAVs heading for a single target, and Hezbollah most likely has such launch vehicles, said Beeri.

“This is not a baseless scenario,” he said. “We can’t stop the development and production of Iranian UAVs, but Israel and regional countries, together with the U.S., can disrupt it.”

Iron Dome has been upgraded to take on UAVs while countries can preemptively strike UAV production lines, wherever they are in the world—in the Middle East or South America, Beeri argued.

“There is no reason why UAV factories should not be detonated in one way or another,” he said.

Beeri also cautioned that “those who do not act now should not be surprised when an Iranian-made UAV crashes into their skyscrapers.”