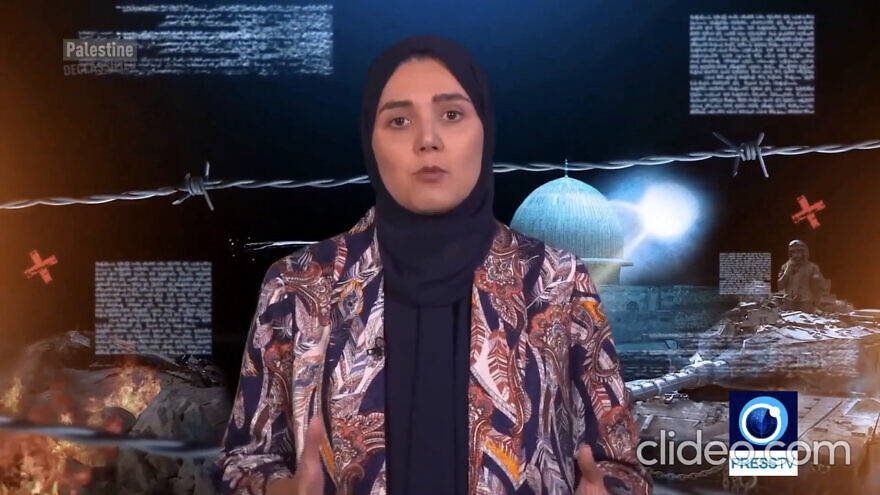 (July 19, 2022 / JNS) The Iranian state-run news channel Press TV hailed the Boston “Mapping Project” as an “innovative” way to fight Zionism during the July 9 episode of the show “Palestine Declassified.”

“The fact is that lists, diagrams and briefings on the many ways in which Zionist groups ally with imperial powers and subvert anti-racism is essential,” said Press TV reporter Bianca Rahimi. “It is perfectly legitimate to target Jewish groups that support Zionist crimes, just as it is to target Christian groups that do the same. The ‘Mapping Project,’ to its credit, is already doing that.”

First shared by a group of activists associated with the BDS movement, the project claims to show links between “institutional support for the colonization of Palestine,” “racism” and “white supremacy.”

The project classified Jewish schools, synagogues, nonprofits, businesses and media as “being complicit” in what it considered to be societal ills, including Zionism, U.S. imperialism, policing, militarization, ethnic cleansing, harm to the environment and colonialism, and other social “harms.”

Jewish groups, including the Anti-Defamation League and the American Jewish Committee, condemned the project for championing anti-Semitic tropes, such as myths of overarching Jewish influence in society, and making Jews and Jewish communal organizations scapegoats for society’s troubles. Others expressed concerns about the safety and security of the organizations named.

The project has caused such backlash that the Palestinian BDS National Committee wrote a letter to its Boston branch demanding that it either close down the project or “remove the BDS acronym” from its name, saying that “the association of the BDS name with such groups and activities hurts our entire movement.”

Rahimi, the Iranian TV anchor said that the “best response” to critics of the project is “to intensify the targeting of Zionist and pro-Israel groups so they can be more effectively seen and held accountable.”

“The project should be rolled out in all 50 U.S. states, as well as internationally,” she said. “In the end, of course, like all other racist groups, each one will have to be dismantled as part of the process of liberating Palestine.”