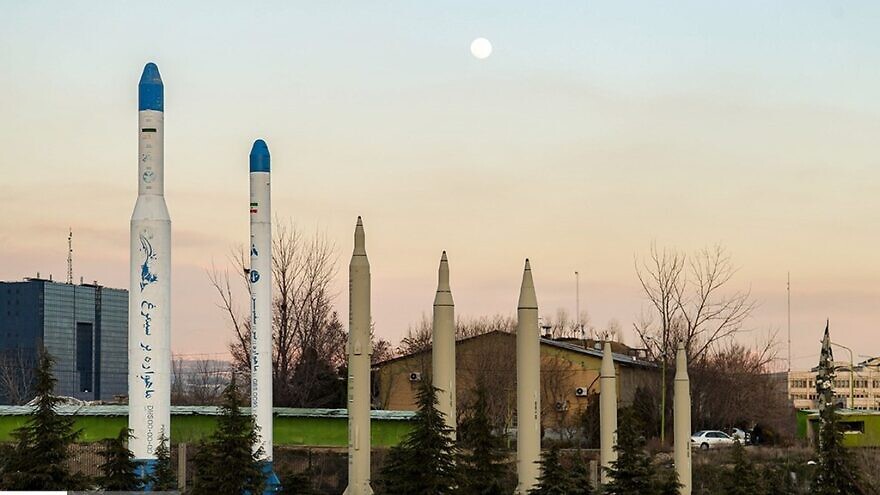 (March 4, 2021 / Israel Hayom) The scenario of a large-scale, devastating missile attack on the Israeli home front is something the country’s public and media rarely discuss. But starting in 2020, Israel Defense Forces Brig. Gen. (res.) Udi Dekel and the Institute for National Security Studies have ranked it high on the list of threats facing the Jewish state.

Dekel, whose last job in the IDF was heading the strategy division in the General Staff’s planning department, calls it “definitely relevant” and describes the arsenal that would be unleashed on us if it were to come to pass.

“Among other things, missiles and drones from Syria and Lebanon [Hezbollah], ballistic missiles and cruise missiles from Iran and Iraq,” he says, and in a secondary scenario, “rockets, attack drones and mortars from the Gaza Strip.”

The concern, he says, is that “these coordinated forces will exploit the military capabilities they have to launch surprise missile barrages and slews of drones in an attempt to take out many targets inside Israel.” 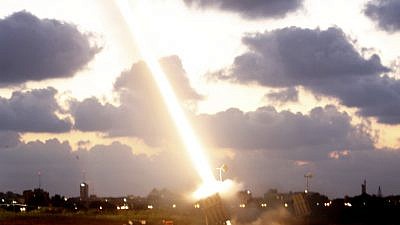 An Iron Dome missile-defense battery set up near the southern Israeli town of Ashdod fires an interceptor missile on July 16, 2014. Photo by Miriam Alster/Flash90. 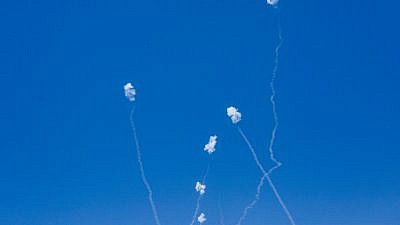 Rockets launched from the Gaza Strip are intercepted by Israel’s Iron Dome air defense system on May 5, 2019. Photo by Noam Revkin Fenton/Flash90.”If the enemy succeeds in firing extensive barrages [of hundreds of missiles] at one time from different launching locations,” said Dekel—noting that this is not implausible—”Israel’s air defenses could be expected to have difficulty handling the threat. The result will be destruction, and in certain circumstances widespread casualties in population centers. This describes the threat of a massive attack on the primary cities and strategic sites using precision missiles, which is something Israel has never experienced.”

The INSS’s extreme scenario was published a few days after the Israeli Defense Ministry announced that it was developing the Arrow 4 missile defense system in conjunction with the United States. The Arrow 4 is being designed to cope with ballistic missiles from Iran, among other things. Only recently did former IDF Ombudsman Maj. Gen. (res.) Yitzhik Brik define Israel as “the most threatened country in the world, on which hundreds of thousands of missiles are trained throughout the Middle East.” 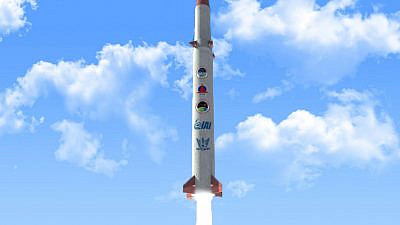 According to Brik, “Israel has no appropriate solution for this threat, either offensive or defensive.” But Brik is known for being a near-constant opposition voice to the defense and security establishment, whereas the threat scenario that comprises an entire chapter in the INSS report was written by an official who generally takes care not to clash with that same establishment.

Anyone who reads Dekel’s chapter will notice the wide discrepancy between the growing missile threat against Israel and how nonchalant the general public is about it. Dekel and the institute define the Israeli home front as “a critical weak point in the country’s ability to handle a lengthy war.”

The report states that “Israel invests in preparing the home front, but not enough,” and especially not for what is described as “the extreme scenario,” involving numerous casualties and extensive damage. The home front’s ability to deal with such a scenario depends on social cohesion and “a sense of justice and trust in a responsible government, which first and foremost takes care of Israel’s future,” states the report.

Dekel told Israel Hayom last week that the public was not aware of the heavy price that could have to be paid if the “extreme scenario” came to pass.

“But a similar percent does not fully realize what the cost of a full-scale war will be. Someone should explain to the public what we’re talking about,” he added.

“There is a major dispute between experts about the weakness of the public as it is being revealed to us during the [COVID] pandemic. Will the public fall down in spirit and fail to withstand a serious security incident of the kind we’re describing?” he said.

“Most tend to assume that in the case of this kind of an event, the public will go back to showing the same kind of solidarity that was so characteristic of it during past wars. This is especially important when it comes to discipline and following instructions, which are vital aspects to defending the home front from major attacks, to keep the number of wounded down,” he added.

Dekel’s paper does not discuss casualty figures, but he said that “the government has avoided revealing the extent of the danger in order to maintain deterrence [and] keep the public calm.”

He noted that in the arms race between Israel and its enemies, Israel is at a disadvantage from the get-go because developing and manufacturing rockets and missiles is relatively cheap and unsophisticated in comparison to the development and manufacture of air defenses and interceptor systems.

He also suggests that decision-makers take an interest in the abilities that major powers, mainly Russia, are developing in areas like supersonic cruise missiles and ballistic missiles, whose paths are difficult to predict and intercept. 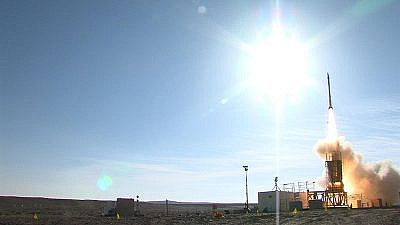 While Israel has developed a multi-layer system of air defenses against families of threats of different ranges—Iron Dome, David’s Sling and the Arrow—Dekel said that “this view is not a sufficient answer to advanced, variegated threats, especially in a combat environment with many fronts and different types of offensive weaponry used simultaneously.”

Such a missile blitz could make it difficult for the IDF to identify and intercept precision-guided missiles aimed at strategic targets vital to the IDF’s command and control system, or at vital civilian infrastructure, he said.

Dekel laid out another concern: “The judicious use of the launch capabilities in the enemy’s hands—for example, firing heavy, varied barrages that could overcome the IDF’s prioritization strategy and quickly use up its stock of interceptor missiles.” 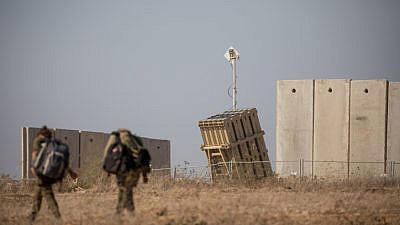 Israeli soldiers near an Iron Dome battery in the city of Sderot in southern Israel, Aug. 9, 2018. Photo by Yonatan Sindel/Flash90.

The underlying assumption regarding this extreme scenario is that “Israel’s enemies, especially Iran, are aware of the vulnerable points and the gaps in the Israeli home front’s defense capabilities and are focusing their efforts on making themselves able to wage a long, multi-front war during which sites that are vital to the continued functioning of the military and civil society would be attacked,” he said.

The goal, he said, would be to impair Israel’s ability to function, interfere with its ability to fight, weaken it economically and socially in the long term and “present a picture of victory that will influence the public mindset in Israel.”

The INSS report also devotes space to the “precision revolution,” which it says “comprises a dramatic change in the enemy’s offensive capabilities. It is much more effective to fire a few precision missiles than to indiscriminately fire dozens or hundreds of statistical rockets. The enemy’s ability to reach an image of victory by hitting strategic sites or symbols of the Israeli government can create a new balance of power.”

Ahead of expected nuclear talks between the United States and Iran, and the demand that these talks include other issues, such as Iran’s ballistic missile program, Dekel said that Israel is the one asking for the nuclear issue to be kept separate from the other matters.

“We did so mainly so as not to create links and conditions between different subjects that might not be worth it,” he said.

U.S. President Joe Biden promised before he was elected that after consulting its allies and partners, the United States would negotiate with Iran not only about extending the nuclear deal, but also about its missile program. Now that Biden is president, that promise will be put to the test.