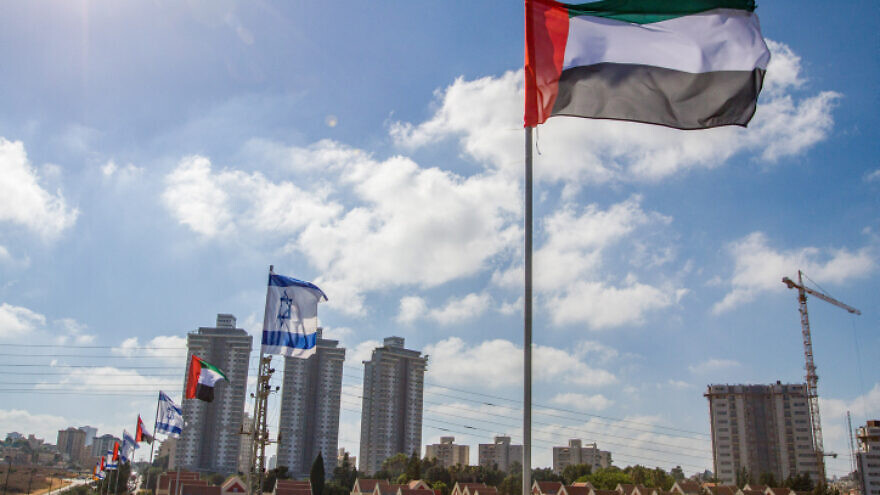 The Israeli and United Arab Emirates flags on the side of a road in the city of Netanya, Israel, on Aug. 16, 2020. Photo by Flash90.
Republish this article
694 WORDS
Spread the word.
Help JNS grow!
Share now:

(October 29, 2021 / JNS) Israel and the United Arab Emirates are working on a free-trade agreement that would reduce tariffs and introduce other economic benefits, facilitating trade and enhancing cooperation between them. It’s one more sign of the rapidly developing ties that have come as a result of the Abraham Accords.

The news came as something of a surprise when Israel’s Ambassador to the UAE Amir Hayek announced it on Oct. 17 during a business conference in Abu Dhabi that brought together business leaders and entrepreneurs from the two Middle Eastern countries.

“Our ambassador was actually addressing the crowd and also addressing the UAE Minister of Trade, saying, ‘We have to work on the free-trade agreement, and we have to do it fast,’ ” Dan Catarivas, director general of foreign trade and international relations at the Manufacturing Association of Israel, told JNS. “So he did, indeed, reveal—he did leak—that there are various talks on both sides about reaching an FTA between Israel and the UAE.”

The greatest value of the FTA will be in its symbolism, said Catarivas, noting that the UAE customs tariffs are relatively low to begin with, fixed at 5 percent. “An FTA shows the countries have good relations; that everything’s for the good,” he said.

Despite the ambassador’s remarks, an FTA won’t happen right away; various steps must be taken first. Usually, there is a feasibility study, then a joint study to judge “the profitability of such an agreement for both parties,” followed by more negotiations, explained Catarivas, though “it could be relatively short term. By short term, I mean in a year or two.” 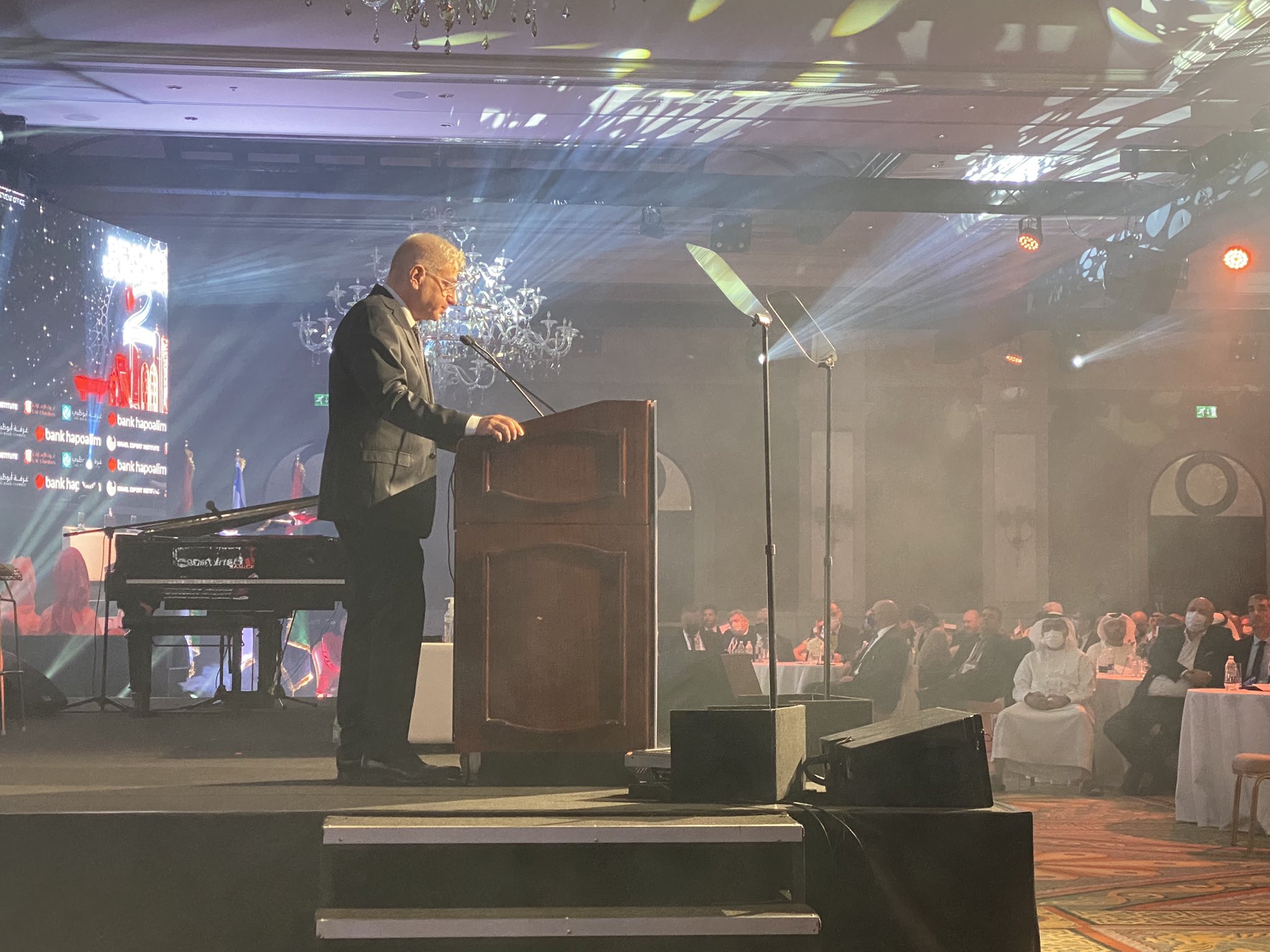 Israel’s Ambassador to the United Arab Emirates Amir Hayek announced it on Oct. 17, 2021, during a business conference in Abu Dhabi. Source: Twitter.

Ze’ev Lavie, director of the international trade relations division at the Federation of Israeli Chambers of Commerce, agreed that the FTA wouldn’t happen overnight. “It takes time,” he told JNS. “I think that the most important aspect is that both governments understand that once you have a free-trade agreement, it binds the connection even more.”

Even without the FTA, business is growing rapidly between Israel and the UAE. As of July 29, trade had reached $675 million, according to numbers released by the Federation of Israeli Chambers of Commerce. Trade is estimated to reach $1.5 billion by the end of the year, a scale equivalent to that between Israel and Russia.

That number doesn’t just include the UAE, which is a relatively small market with a population of about 10 million people, but also the larger potential of surrounding markets for which the UAE acts as a hub in the global logistical supply chain.

“What is really interesting is that the UAE could serve as a platform, as a springboard, for Israeli export out of the UAE. … So the UAE is a gateway for other markets,” said Catarivas.

“The Gulf is a trade hub for a lot of European and Asian companies,” he pointed out. Israel can utilize the UAE’s ports to “store and repackage goods,” cutting the lead time to other markets, including India and Africa.

Lavie agreed, saying “UAE has an amazing system of ports. They have the Jebel Ali Port, which is one of the biggest and busiest in the world. You have the Emirates and Etihad [airlines], which can reach hundreds of destinations with a huge fleet of hundreds of flights.”

Indeed, the springboard works both ways as Lavie noted that the UAE can use Israeli ports to connect to the North American market—“a market with which they only have 4 percent of their global trade.”

Catarivas cautioned that FTA negotiators need to take care that the agreement not become a loophole for other countries to bypass Israeli customs by moving through the UAE before reaching Israel. The mutual trade agreement should involve only Israel and Emirati products, he said.

He added the agreement should also include a mechanism to solve NTBs (non-tariff barriers), like quotas and levies; it “needs the right type of framework to guarantee that this really is a positive, lively and effective platform to resolve economic problems between the two countries.”