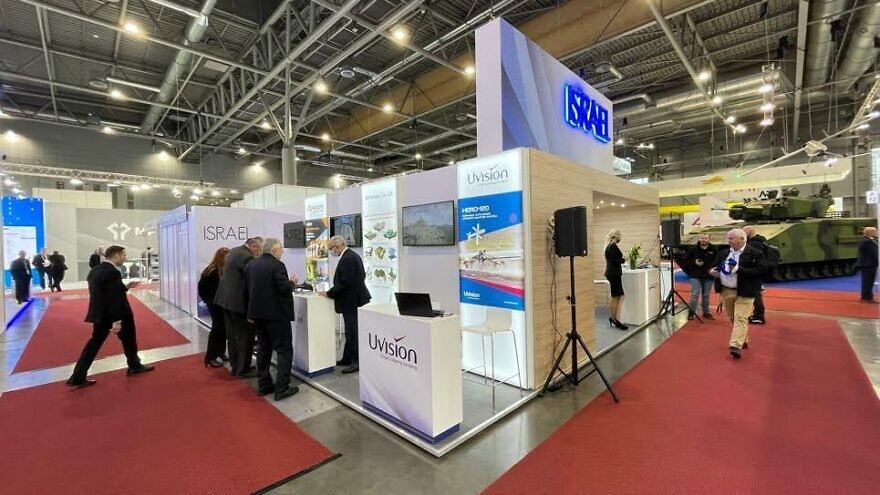 (October 7, 2021 / JNS) The Israeli Defense Ministry is taking part in the Czech Republic’s IDET International Defence and Security Technologies Fair for the first time, it announced on Wednesday.

SIBAT, the ministry’s International Defense Cooperation Directorate, inaugurated an Israeli national pavilion at the exhibition, which is taking place in the Czech city of Brno. Leading Israeli defense industries are participating in what is one of the largest events of its kind in Central Europe.

It came just a day after the signing of the largest defense agreement to date between the Israeli and Czech ministries of defense, involving the sale of four Rafael-made Spyder surface-to-air missile systems for approximately 2 billion shekels (about $627 million).

“The pavilion was inaugurated in a ceremony attended by the Czech deputy prime minister and foreign minister. IDET is one of the first exhibitions to take place in Europe following the coronavirus pandemic and has garnered great interest in the global security market,” the Israeli Defense Ministry said in a statement.

SIBAT principal deputy director Shahar Rachela Horev noted that last week, “we signed the biggest agreement to date with the Czech Republic, worth NIS 2 billion. [Now] we are taking yet another step in further strengthening security relations, by inaugurating an Israeli national pavilion in a Czech defense exhibition for the first time. We see great potential for defense cooperation in the areas of UAVs, air defense, missile systems, intelligence and cyber systems.”