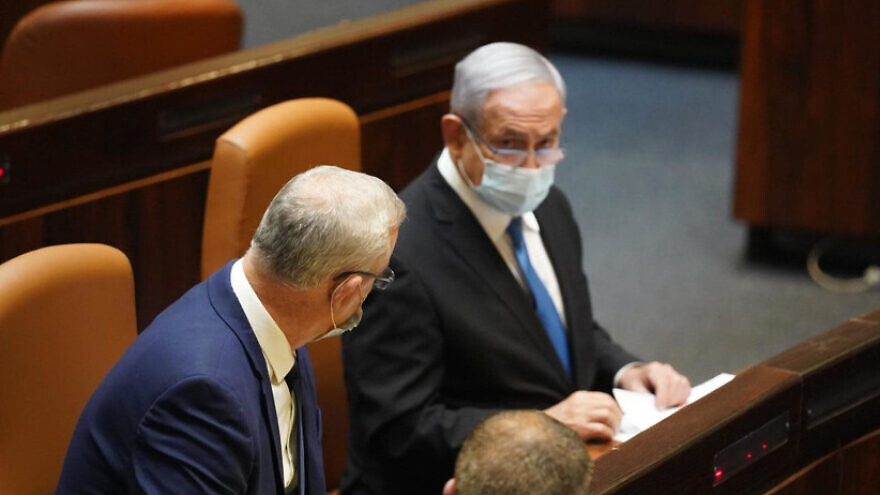 (August 24, 2020 / JNS) Israel’s Knesset on Monday passed a final version of a bill to extend the deadline for parliament to pass a state budget.

The new date is Dec. 23, said the Knesset in a statement. If a budget does not pass by then, Israel would hold elections on March 23, four days before Passover begins.

The previous deadline required passage of the budget by midnight on Monday. Failure to do so would have meant, by law, dispersing the Knesset and calling a new general election, which of been Israel’s fourth in two years.

The last-moment rush of parliamentary activity was made possible on Sunday night when Israeli Prime Minister Benjamin Netanyahu announced at a news conference, which aired on Israeli television prime-time newscasts, that in the name of “national responsibility” he would agree to put off the deadline.

“This is a time for unity, not a time for elections,” said Netanyahu.

According to the prime minister, the extension bill allowed for the “immediate flow of money for the opening of the school year, assistance to the Israeli people, health and in all areas.”

The budget issue represents one of a number of disputes the Likud has waged with its main partner in the government coalition, the Blue and White faction, headed by Defense Minister Benny Gantz, who also serves as vice premier.

After the prime minister’s announcement, Blue and White issued a statement, calling on Netanyahu “to fulfill his pledge—prevent [early] elections,” by working with Gantz’s faction according to the terms of the agreement reached that allowed for the formation of the government in May.

Under the terms of the coalition agreement, Gantz is to replace Netanyahu as prime minister in November 2021.