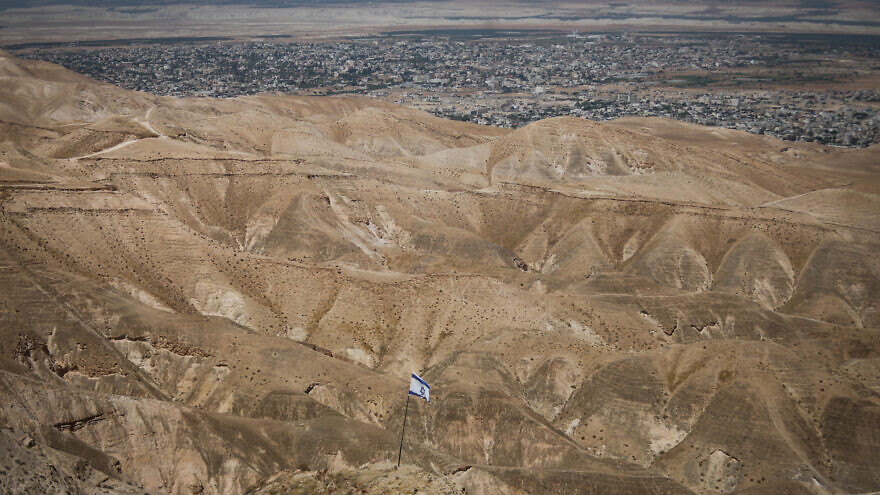 An Israeli flag with a view of the Jordan Valley on June 14, 2020. Photo by Yonatan Sindel/Flash90.
Spread the word.
Help JNS grow!
Share now:

(November 17, 2021 / JNS) Israel is in talks with Jordan, the United Emirates and the United States to agree to joint climate projects, Israel’s Energy Ministry announced on Wednesday.

A source briefed on the matter told Reuters that the projects include solar-energy production in Jordan for Israel and desalinated Mediterranean water in Israel for Jordan.

Five Israeli officials told Axios that the plan involves building a massive solar farm in the Jordanian desert to supply energy to Israel and building a desalination plant in Israel to provide water to Jordan.

The deal is expected to be signed next week in Dubai with senior officials from Israel, Jordan and the UAE, and with U.S. climate envoy John Kerry in attendance, according to the report.

The plan sees the solar farm entering operation by the year 2026 and producing 2 percent of Israel’s energy by 2030. Israel would pay $180 million per year to be split between the Jordanian government and the Emirati company, which would build the operation.