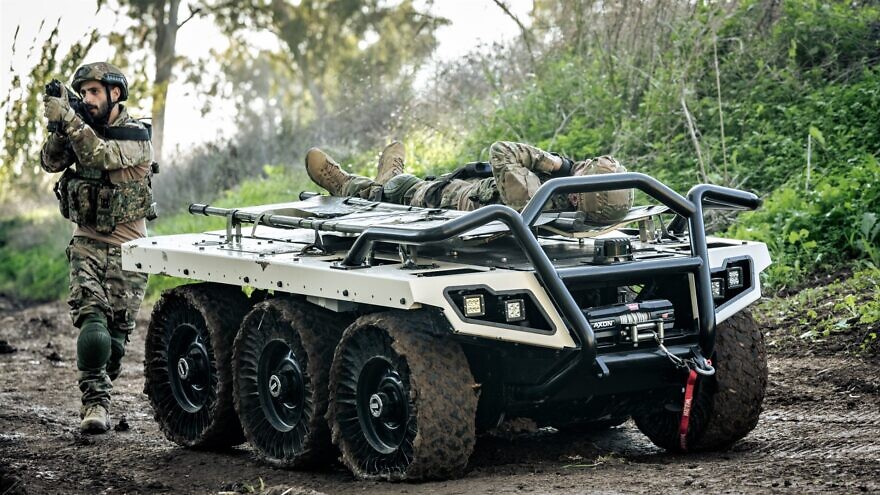 (November 17, 2021 / JNS) Israeli defense companies Elbit Systems and Roboteam unveiled a new unmanned ground vehicle (UGV) on Tuesday called “Rook.” The 6×6-wheel vehicle features autonomous capabilities and can be used to evacuate casualties from the battlefield and perform intelligence-gathering missions, including launching onboard drones, the companies said in a statement.

The technology is based on prior operational experience accumulated through the fielding of the PROBOT unmanned ground vehicle, which was filed in Israel, the United States, the United Kingdom and France.

“Rook is capable of carrying up to 1,200 kilograms [2,645 pounds] of payloads while maintaining superior maneuverability and transferability,” stated Elbit and Roboteam.

The platform can drive for up to eight hours and sustain a speed of 30 kilometers (more than 18 miles) an hour.

It can connect to digital battle management systems or be controlled through a ruggedized display unit—meaning that a single operator can control several of the unmanned systems at the same time.

In July 2020, soldiers from Israel Defense Forces Multi-Dimensional Unit were seen to be using what appeared to be Robteam’s PROBOT unmanned ground vehicle during a combat drill.