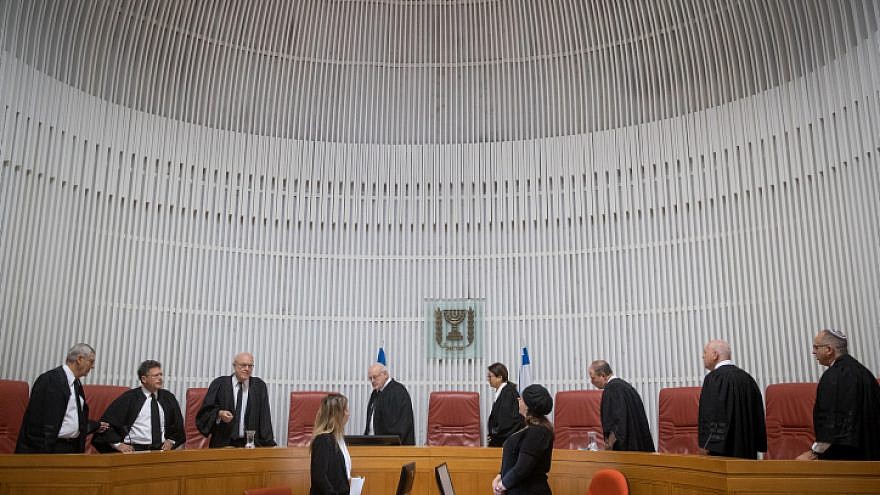 (March 2, 2020 / JNS) Israel’s High Court of Justice unanimously ruled on Thursday against a law that excludes single men and gay couples from using surrogacy to have children.

Current law allows only heterosexual couples or single women who are unable to have children to use surrogates, but the court ruled that the law “disproportionately violate the right to equality and the right to parenthood of these groups, and are illegal.”

Supreme Court president Esther Hayut, and Justices Hanan Melcer and Neal Hendel, wrote: “The sweeping exclusion of homosexual men from the use of surrogacy is viewed as ‘suspicious’ discrimination, suggesting that this part of the population is inferior.”

The Knesset now has until March 1, 2021, to change the law. The court said that it would step in and shut down the surrogacy limitations only if the Knesset fails to do so itself.

The ruling was for a petition filed by the Association of Israeli Gay Fathers.

The group Avot Ge’im, also called “Proud Fathers”—one of the petitioners in the case—called it a “dramatic and exciting day in which Israel at long last strides toward the family of the world’s most advanced nations when it comes to LGBT rights.”

“We’re delighted that after 10 years [of legal petitions], the High Court made the courageous and correct decision, which delivered economic and social justice for tens of thousands of LGBT couples,” said Avot Ge’im. “There is still a long way to go to complete equality, but as of today, we can all establish beautiful families, just like everyone else.”