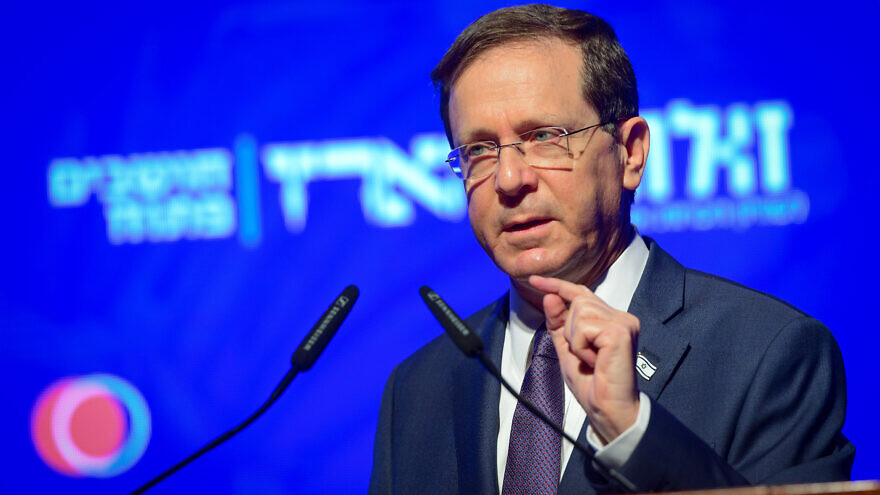 (August 3, 2022 / Israel Hayom) Israeli President Isaac Herzog called on Tuesday for an investigation into allegations that the commanders of a maximum security prison “pimped” female guards to prisoners.

“Hearing the testimonies of the female prison guards in recent days, I am filled with shock and pain, and I feel sick,” Herzog said in a statement. “We must investigate these cases in depth, so that everyone responsible is held accountable with the fullest severity. That is our obligation.”

Last week, a former soldier who served as a guard in the Gilboa Prison in northern Israel wrote an online post under a pseudonym accusing her superior of repeatedly “handing her over” to be raped and sexually assaulted by a Palestinian inmate a few years ago.

On Monday, an Israel Prison Service (IPS) officer was questioned under caution in connection with the allegations.

Several women have since come forward with allegations that female guards were “pimped out” to be raped or sexually abused by political prisoners at the same prison, according to Israeli media reports.

In a response to a request for comment, an IPS spokesperson said the “serious allegations” refer to an incident from a few years ago.

“The information is under a gag order and we will wait for the results of the police investigation and act accordingly, with zero tolerance,” the spokesperson added.

Earlier on Tuesday, Israeli Prime Minister Yair Lapid toured Ofer military prison near Ramallah, according to a statement from his office.

“We will investigate, we will get to the truth,” Lapid said, adding that the IPS must be protected because “the life of every Israeli citizen depends on its strength and integrity.”