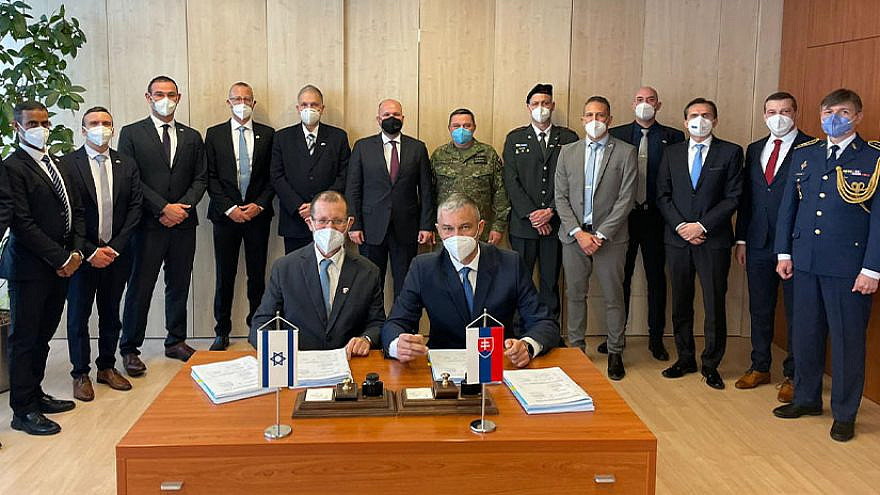 (March 25, 2021 / JNS) Israel and Slovakia on Thursday signed a first-of-its-kind, $175 million agreement for the procurement of 17 sophisticated radar systems for the Slovak Air Force, according to a statement by Israel’s Defense Ministry.

The agreement, which was signed in a festive ceremony at the Slovak Ministry of Defense in Bratislava, includes the transfer of technology and knowledge from Israel to Slovakia, as well as industrial cooperation. The radar components will be manufactured in collaboration with defense industries in Slovakia, under the professional guidance of Israel Aerospace Industries and Israel’s Defense Ministry.

The flagship Multi-Mission Radar (MMR), manufactured by Israel Aerospace Industries (IAI) subsidiary ELTA systems, “will provide the Slovak defense establishment with a complete aerial situational assessment,” according to the statement.

“The radar detects airborne threats, classifies them, calculates their threat level and provides essential data that enables systems to neutralize multiple threats simultaneously. In addition, these radar systems will be interoperable with NATO defense mechanisms,” said the statement.

“The new agreement first and foremost provides Slovakia with high-quality, advanced systems to maintain their national security, while also strengthening defense industries and creating many new jobs in Israel and Slovakia,” said Gantz.

Gantz’s Slovak counterpart, Jaroslav Nad’, said that the agreement had made a “positive impact” on bilateral ties between the two countries in the defense and security fields.

“I do believe we now have a solid basis for our next cooperation,” he said.