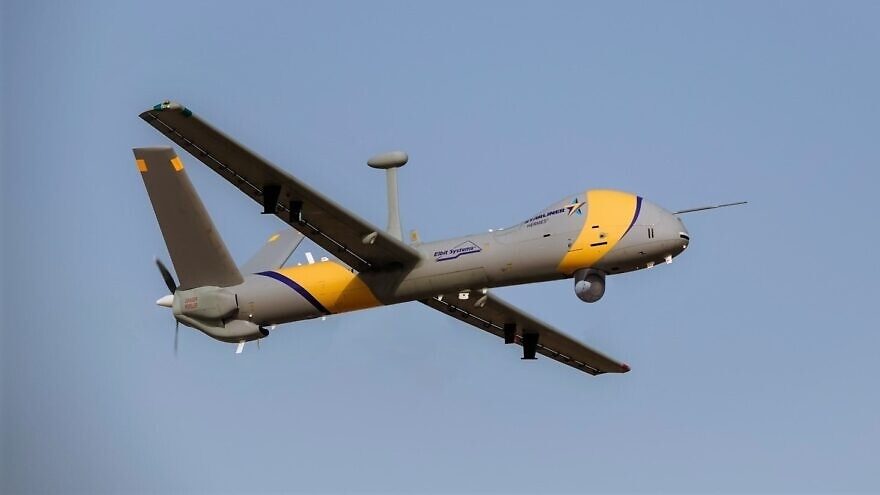 (February 10, 2022 / JNS) The Civil Aviation Authority of Israel, a part of Israel’s Transport and Road Safety, certified for the first time an unmanned aircraft system for civil aviation on Wednesday.

A statement by the authority said the Starliner unmanned aerial system, made by Elbit Systems, would be permitted to fly in civilian airspace “as any other civilian airplane” without any restrictions.

“This is an additional part of the Israeli Ministry of Transport and Road Safety’s policy to adapt land and aerial transport regulations. The ministry adopts an innovative approach responding to the challenges presented and opportunities enabled by technological developments in Israel and around the world,” said the aviation authority.

“For safety reasons, international aviation regulations prohibit uncertified aircraft from flying in civilian airspace, limiting the operation of UASs to unsegregated airspace, until now. The certification issued by the CAAI to the Hermes Starliner UAS changes this,” it added.

The certification process took six years to complete and included extensive ground and flight tests, which included air navigation, airworthiness and aviation standards that are regulated by the International Civil Aviation Organization.

Joel Feldschuh, head of the CAAI, commented on the certificate, saying it “is the result of a fundamental process that we led for six years that included thousands of man hours, dozens of audits, laboratory tests, ground tests, intensive flight tests and thousands of documents.”

To date, Elbit Systems has been contracted by the Swiss Federal Department of Defense and the Canadian Ministry of Transportation to supply the Hermes Starliner UAS and by a dozen additional countries to provide other variants of the Hermes 900 UAS.