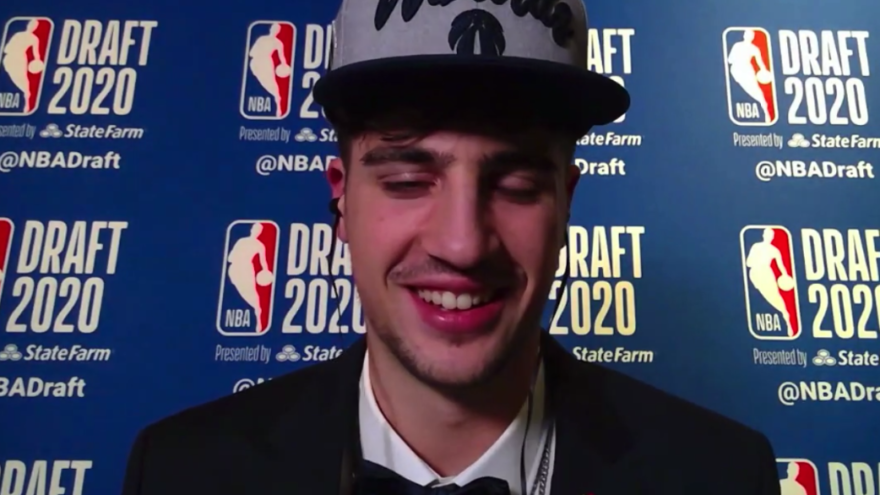 (November 19, 2020 / JNS) Israeli basketball fans had to stay up very late or rise very early to witness the Washington Wizards taking 19-year-old Deni Avdija No. 9 overall in the NBA Draft 2020.

Just after NBA Commissioner Adam Silver called his name at 9:02 Eastern Time from ESPN’s studios in Bristol, Conn., ESPN commentators highlighted the Maccabi Tel Aviv standout’s basketball IQ and his versatility, calling him “the steal of the draft.”

They noted his “tremendous versatility in the open court” and said he was “a fiery competitor.”

“It means a lot to me,” said Avdija when asked what it means to be the highest-drafted Israeli in history. “Israel is a small country and to represent Israel is amazing. I am super excited to get my game to the next level and to see what happens.”

The 6-foot-9, 220-pounder becomes the third Israeli to play in the NBA after Omri Casspi and Gal Mekel. “Omri has been in touch with me. We talked a lot about his route here, what I can do as a rookie, travel and more.”

The emotional Avdija thanked his friends and family for their support. “I truly love them. I love the support and will make you proud. I will work 100 percent!”

ESPN commentators playfully noted that Avdija, who addressed the media in fluent English, “gets by in two-and-a-half languages.” They noted that he learned English by “watching TV and playing ‘Call of Duty,’ ” the video game. “He is quite fluent in basketball, thanks to his Dad.”

His Muslim father, Zufer Avdija, was born in Yugoslavia and played for Yugoslavia’s national basketball team. The dual Serbian-Israeli citizen and sports coach also played for several Israeli professional basketball teams. “He played a big part in my journey,” said his son. “It was great to have another competitive sportsperson in the house. He taught me how to act on the court, small tricks, how to be a professional and how to have a good work ethic.”

His Jewish mother, Sharon Artzi, was a competitive track-and-field athlete. Avdija grew up in Beit Zera, a kibbutz in northern Israel, and currently lives in Herzliya. Soon, he’ll move to Washington, D.C.

“My American agent is from D.C., and he has said great things!” reported Avdija during the post-draft Zoom media conference, attended by more than 150 journalists from around the world. “Washington, D.C. is the capital—I heard it is a great place.”

Not only are the Wizards “a great organization,” he will play with such famed players as point guard John Wall.

Avdija doesn’t expect to have a difficult time making the transition from playing in Israel to playing in the NBA. “I am easy to adjust. I think it won’t be hard to adjust to the NBA style. I will be asking questions to get better every day and have the best environment around me to help me make sure I fit in and get better in the NBA.”

He will likely play small forward for the Wizards.

Avdija averaged 12.9 points per game, 6.3 rebounds and 2.7 assists on 52.6 percent shooting from the field and 35.3 percent from 3-point range in the Israeli league last season for Maccabi Tel Aviv. His stats were slightly less impressive in the more competitive Euroleague.

Yam Madar, a 6’3” point guard and fellow Israeli, is likely to be taken later in the NBA draft. Madar, who played for Hapoel Tel Aviv, is a skilled playmaker and strong shooter. 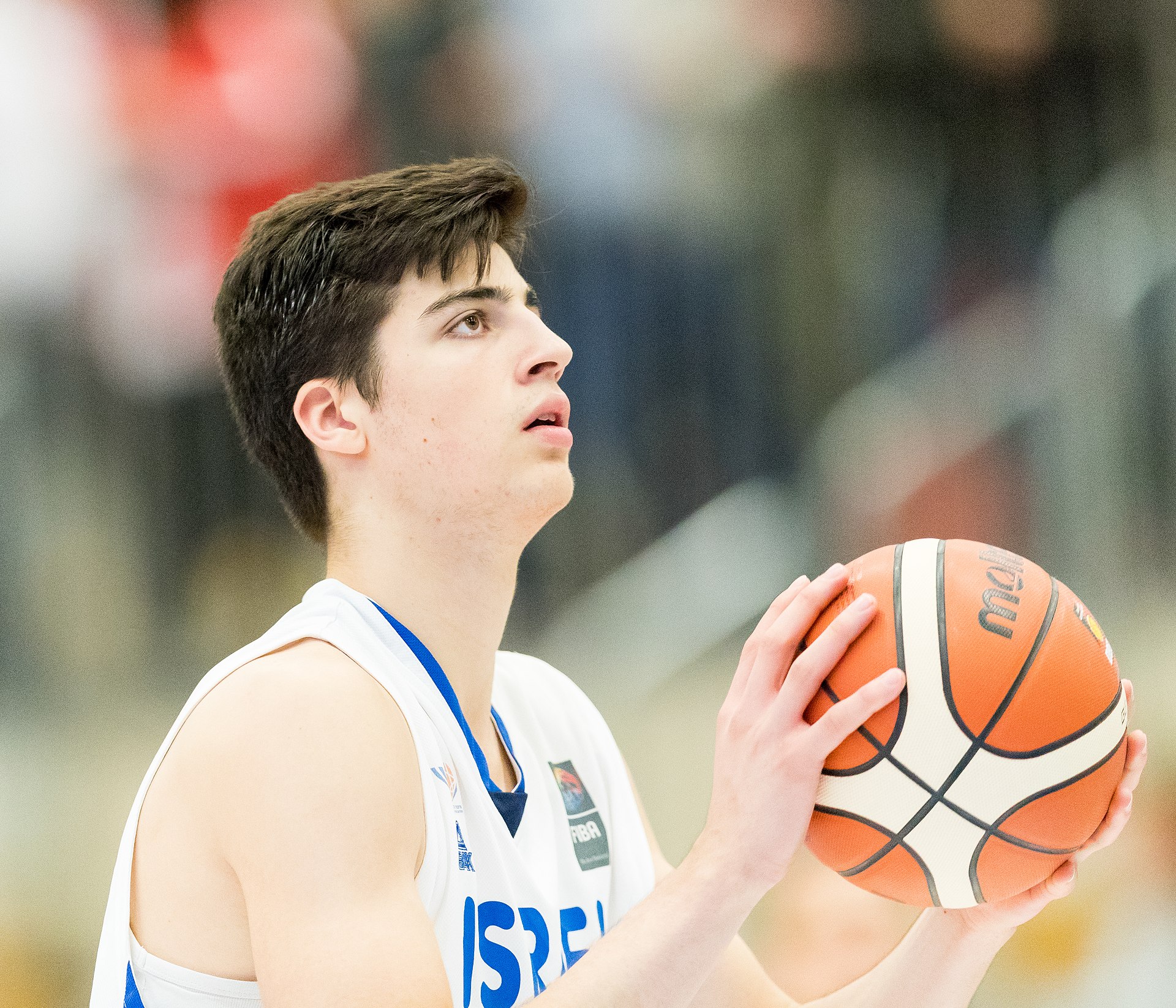 ‘Show his stuff on the highest stage’

Israelis haven’t been this pumped about the NBA since fellow Maccabi Tel Aviv player Casspi was drafted  No. 23 by the Sacramento Kings in the 2009 draft. He played for several teams during his 10-year NBA career.

Aliza Haas, who lives in Jerusalem, is the mother of two boys who grew up playing in the Hapoel Youth League. “People here are so excited and proud that there are two outstanding Israeli players in the 2020 NBA draft. Sports has always been a place where people can bring hope and show that anything is possible if a person works hard enough and believes in themselves. I can’t wait to see Avdija or Madar wearing an NBA team jersey!”

David Wiseman, originally from Australia and who now lives in Israel, maintains the Facebook Group “Follow Team Israel.” While he didn’t stay up to watch the draft, he and his group have been following Avdija for a long time. “ ‘Follow Team Israel’ has been sharing his exploits for a while and can’t wait for the rest of the world to get to know him. As much as a champion he is on the court, he is off it as well. Given his obvious talent from a very young age, people have been waiting for this day for a long time. We are excited to see Deni show his stuff on the highest stage and also to see where he will end up.”

Yariv Amiram, 26, grew up playing at Maccabi Tel Aviv youth club and has been playing basketball professionally for the past nine years. He currently plays for Hapoel Hevel Modi’in. Amiram feels that Avdija’s basketball IQ is high and thinks he will “automatically become someone who will represent Israel.”

Amiram said he is delighted that Avdija will help “make kids believe more that they can make it so high and go far. And in the future, it will open more doors for everyone.”

The sports news brought a dose of optimism to the two countries amid the ongoing coronavirus pandemic. And when travel finally resumes, Israelis will no doubt be off to Washington, D.C., to see their young up-and-coming superstar in action.