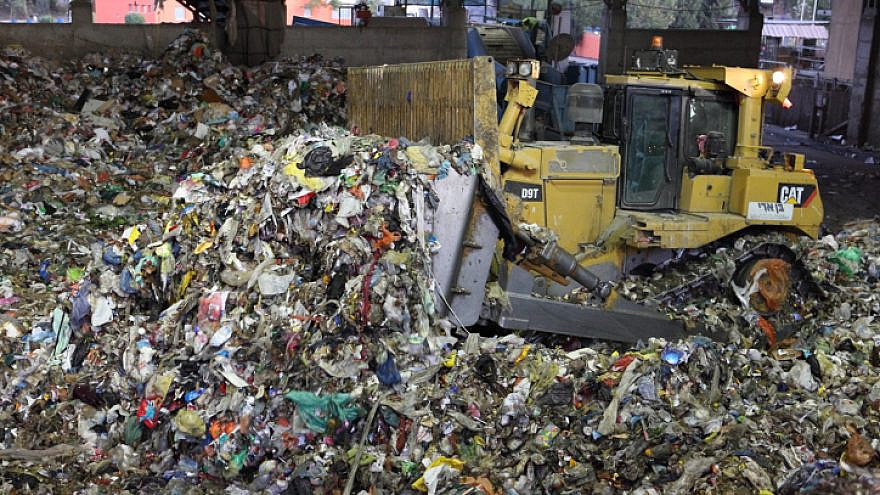 (June 17, 2021 / JNS) Israel is likely to run out of landfill space for the disposal of waste by next year, the Environmental Protection Ministry warned mayors and local council heads this week.

The Efaa, Ganey Hadas and Tarbin (Dudaim) landfills are fast reaching capacity, which will likely necessitate their closure, the ministry said, according to Globes. As a result, the ministry expects there to be a severe shortage of dumping ground over the next five years.

“Immediate action must be taken to reduce the amount of waste for landfill by … separating waste and increasing recycling,” Zandberg said on Wednesday. “I intend to act decisively to advance the ministry’s objectives towards reducing waste dumping in the country, as is customary in OECD countries.”

Zandberg, the head of the Meretz Party that is a member of Israel’s new government that was instated on Sunday night, called on Tuesday for the repeal of an agreement signed between the Trans-Israel pipeline company and the United Arab Emirates as part of the normalization deal between the two countries in September 2020.

Under the terms of the deal, the UAE is allowed to use the Eilat-Ashkelon pipeline to move Gulf oil from the Middle East to the rest of the world. Green groups have warned that the agreement could potentially result in massive environmental damage.

“The Gulf of Eilat is in real danger because of the Eilat-Ashkelon pipeline, and Israel should not be an oil bridge to other countries,” said Zandberg.