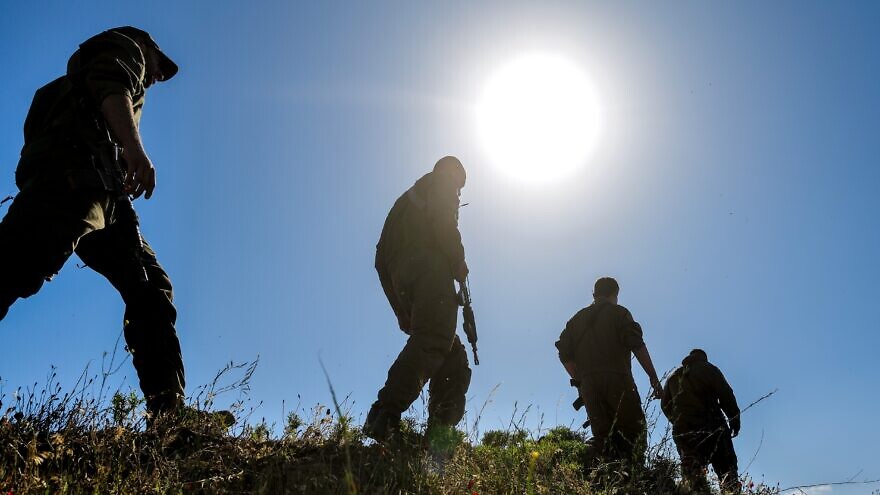 Israeli Defense Forces soldiers from the 53rd Battalion of the 188th Tank Brigade are on alert in a military outpost overlooking Syrian villages near the Israeli border, southern Golan Heights on May 23, 2022. Photo by Michael Giladi/Flash90.
Republish this article
814 WORDS
Spread the word.
Help JNS grow!
Share now:

(September 2, 2022 / JNS) The reported Israeli airstrikes targeting Iranian weapons transfers at Aleppo International Airport and in the Damascus area are part of a long-standing Israeli campaign to disrupt Iranian entrenchment, though no single act will prove decisive in this shadow conflict, a senior former Israeli Air Force officer told JNS on Thursday.

Brig. Gen. (ret.) Zvika Haimovich, former commander of the Air Defense Forces in the IAF and a senior research fellow at the MirYam Institute, commented on reports of alleged Israeli strikes on Iranian-linked targets in Iran. The Syrian state news agency SANA stated that Israel fired four missiles at Aleppo’s airport runways and nearby hangars. A report by the Hezbollah-affiliated Al-Mayadeen Beirut-based television channel said that soon afterward, strikes occurred in the area of Damascus International Airport, as well as a highway linking Damascus to the southern Dara’a province and the city of Al-Kiswah, south of Damascus.

“These reports fit into standard Israeli action patterns, aimed at disrupting the Iranian entrenchment in Syria, and Iranian support through arms smuggling to Hezbollah and Shi’ite militias in Syria,” said Haimovich. “These efforts have been going on for years. Each time, we see the same areas of activity emerge, like Damascus International Airport, Aleppo, Hama and Masyaf [in northern Syria, where the Scientific Studies and Research Center is located, and where the Iranian Revolutionary Guard Corps reportedly works to build precise weaponry].”

Since 2013, Israel has been waging a shadow campaign against Iranian weapons smuggling and military entrenchment efforts in Syria, dubbed in the defense establishment as “the campaign between the wars.”

Haimovich said the operational patterns by both Iran and Israel in Syria have been similar for several years, with Iran often employing an air corridor to Syria to smuggle weapons under the guise of commercial flights and cargo planes.

Even the unusual reported Israeli attack on Damascus International Airport’s runways in June, which left them unusable for a while, had a temporary effect, said Haimovich. “A strike will delay and disrupt Iran’s activities, but this is a never-ending story,” he said. “No single action will be decisive, but these strikes do force the other side to find new ways to operate. The Iranians feel that they’re being pursued all of the time and that Israeli intelligence knows what they’re smuggling and where. Next to Syrian airports are military sites. Israel tries to strike in these areas without harming innocent civilians.”

Iran has attempted to repeatedly deceive Israeli intelligence and challenge it by disguising its air smuggling operations, he noted. “I think this is part of the campaign between the wars, the overall campaign. It’s about preventing Iran from consolidating itself in Syria and passing on precision weapons to Hezbollah.” 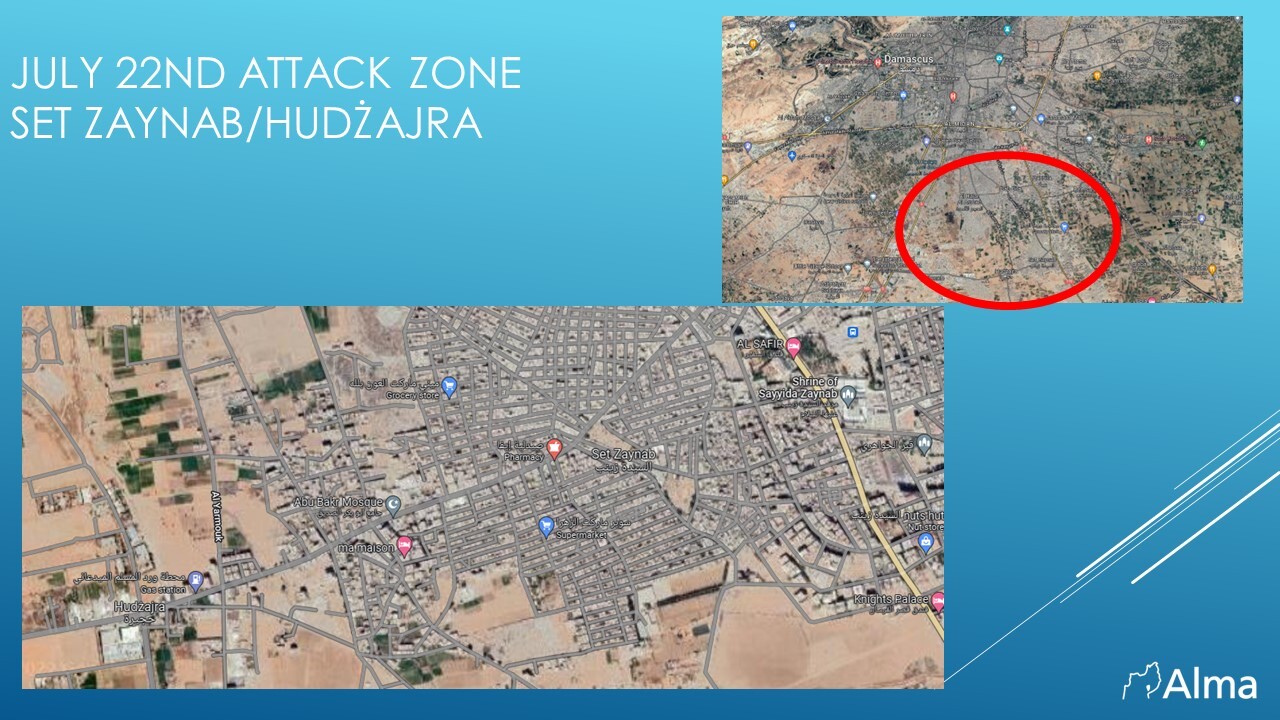 ‘It cannot ignore the Russian presence’

On Aug. 25, media reports surfaced of a significant Israeli airstrike at Masyaf, reportedly targeting storage centers housing surface-to-surface missiles in the area, and sparking fires that raged throughout the night.

Days later, it emerged that Russia had removed one of the S-300 surface-to-air missile batteries that it deployed to Masyaf prior to the strike, and moved it to the Russian-Ukrainian combat theater to protect against Ukrainian air or missile threats.

Russian forces in Syria continue to operate without major restrictions, assessed Haimovich, adding he did not expect that to change. “Israel is correct in preserving this connection with Russia, and it cannot ignore the Russian presence,” he said. “That means safeguarding real-time operational coordination with Russia, and offline contacts, to preserve Israel’s freedom of action in the Syrian arena and let Israel act against what it identifies as targets that can develop into significant threats.”

While one S-300 battery does not make a huge difference, it can, at the tactical level, make things somewhat easier for the IAF.

The batteries are all believed to be under Russian command, though some feature Syrian air-defense personnel.

In May, a Russian-made S-300 battery in Masyaf fired a missile at Israeli jets following an alleged Israeli strike in the area, in what appears to be independent and uncoordinated action by Syrian personnel who acted without authorization from Russian commanders.

The IAF is believed to have developed classified means to evade advanced Russian-made surface-to-air systems like the S-300 and S-400, with both kinds stationed in Syria. Further, the IAF’s new F-35 fighter-jet squadrons are also able to challenge the ability of the radar systems of such systems to detect stealth aircraft.