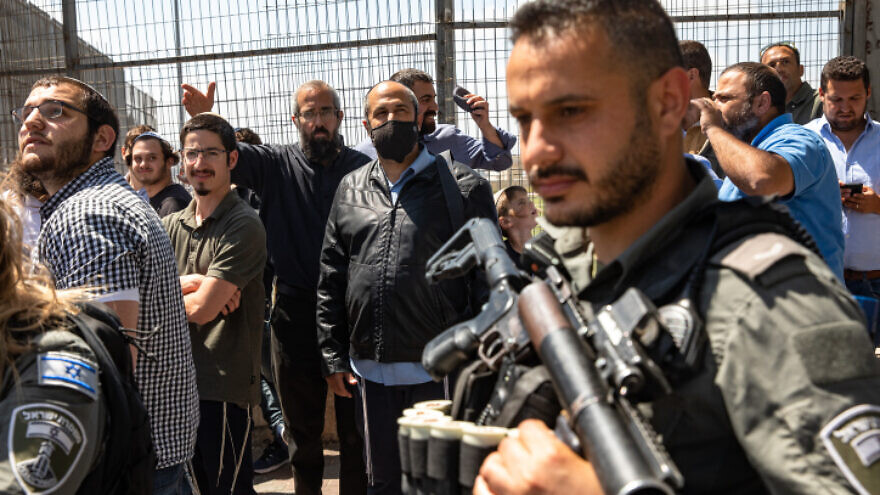 (March 29, 2022 / JNS) Jerusalem Deputy Mayor Arieh King on Monday called on U.S. Secretary of State Antony Blinken to leave the city, saying he was “unwelcome” there, and that his presence was “creating a bad feeling.”

Blinken, who was in Israel for the first leg of a brief tour of the Middle East and North Africa, had tweeted a condemnation of the terror attack in Hadera on Sunday evening, which claimed the lives of two Israeli Border Police officers.

“We condemn today’s terrorist attack in Hadera, Israel. Such senseless acts of violence and murder have no place in society. We stand with our Israeli partners and send our condolences to the families of the victims,” he wrote.

The Islamic State terrorist organization took credit for the attack, according to the Middle East Media Research Institute (MEMRI).

In an English-language typo-laden reply, King wrote: “Dear sir. May I ask you as a deputy mayor of Jerusalem, the Jewish holy capital, to leave our city? You are not welcome at all. Your visit to Jerusalem is creating a bad feeling [among] most … Jerusalem residents. It seems that you intend to create [a] provocation. Please leave our capital.”

Dear Sir.
May i ask you as a deputy mayor of Jerusalem,the Jewish holy capital,to leave our city?
You are not welcome at all.
Your visit to Jerusalem is creating a bad feeling to most of Jerusalem residance.
It seem that you intend to creat provocation.Plaese leave our Capital.

King, a right-wing politician and activist who has a history of making controversial statements, was appointed deputy mayor in 2020. He is the founder of the Israel Land Foundation, which works to purchase Arab-owned property in Israel, and has been active in legal efforts to reclaim Jewish-owned land in eastern Jerusalem, including the neighborhood of Sheikh Jarrah. His home in the city’s Ma’aleh Zeitim neighborhood has been repeatedly attacked, including with firebombs.

In a joint press conference with Israeli Prime Minister Naftali Bennett on Sunday, Blinken called on all sides to prevent actions that could “raise tensions” in the run-up to the Jewish, Muslim and Christian holidays of Passover, Ramadan and Easter.

“That means working to prevent actions on all sides that could raise tensions, including settlement expansion, settler violence, incitement to violence, demolitions, payments to individuals convicted of terrorism, evictions of families from homes they’ve lived in for decades,” he said, according to a statement released by the U.S. State Department.

He echoed that message in his meeting with Palestinian Authority leader Mahmoud Abbas later in the day, saying: “We’ll work to prevent actions by either side that could raise tensions. That includes settlement expansion, settler violence, home demolitions, evictions, payments to people convicted of terrorism, incitements to violence.”