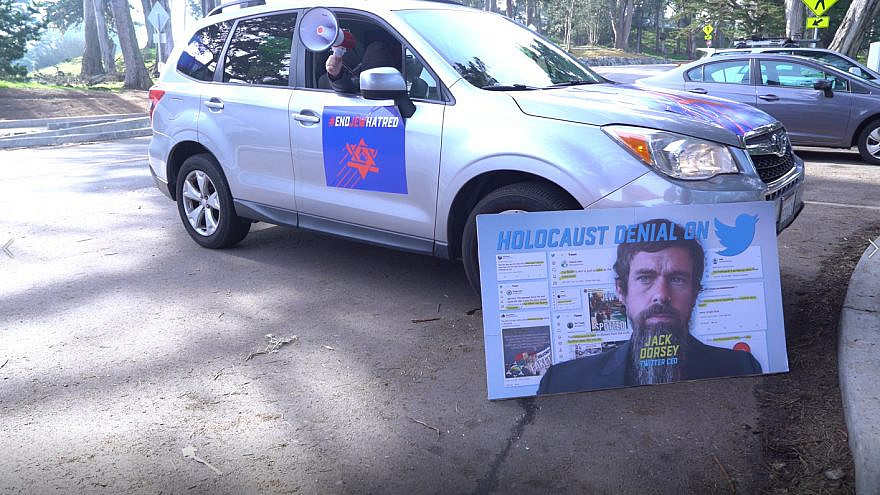 (January 14, 2021 / JNS) The grassroots Jewish civil-rights movement End Jew Hatred protested outside the California home of Twitter CEO Jack Dorsey on Monday, blaring audio recordings of Holocaust-denying tweets that have not been removed from Twitter.

The group said Dorsey has been quick to edit content deemed to be “misinformation” when it comes to politics, the coronavirus pandemic and other issues of consequence. But when users on his platform spread harmful lies about the systematic murder of 6 million Jews, he does nothing.

Brooke Goldstein, executive director of the Lawfare Project, as well as the founder of End Jew Hatred, said Dorsey has moved to ban politicians he deems hateful, such as U.S. President Donald Trump, but has not banned neo-Nazi material.

“Jack Dorsey: It’s time for you to end Holocaust denial and end Jew-hatred on Twitter.”