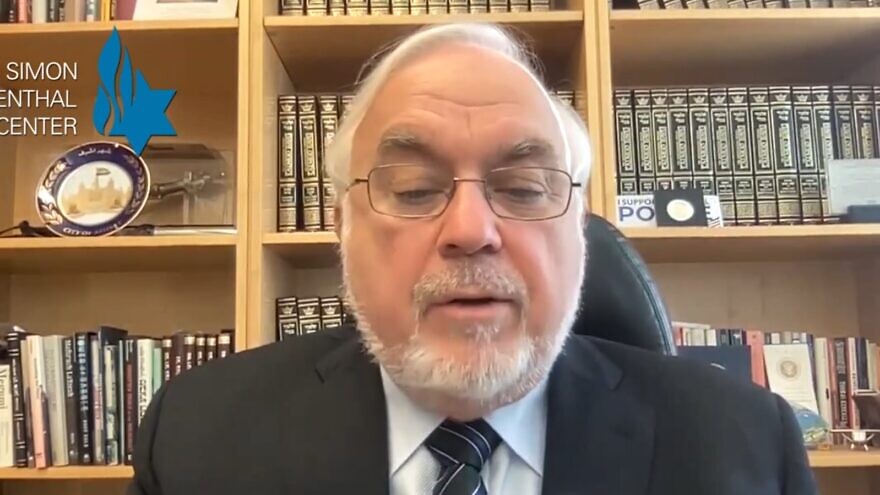 The webinar was hosted by the Simon Wiesenthal Center in partnership with the King Hamad Global Centre for Peaceful Coexistence. Source: Screenshot.
Spread the word.
Help JNS grow!
Share now:

(January 27, 2022 / JNS) A webinar with leaders from the Gulf region, Indonesia, Israel and the United States on Wednesday commemorated International Holocaust Remembrance Day and highlighted the need to take global action against anti-Semitism.

It was hosted by the Simon Wiesenthal Center in partnership with the King Hamad Global Centre for Peaceful Coexistence in Manama, Bahrain.

During his remarks, former Secretary of State Mike Pompeo emphasized that “there are too many leaders around the world, even in Europe, who are more than happy to honor the memory of dead Jews without working diligently to protect, respect and honor those Jews who are alive today.”

“From the ovens of Auschwitz and the rubble of two world wars, there emerged a broad-based aspiration to establish a new world order, founded upon the highest civilizational and humanitarian ideals,” said Kyai Haji Yahya Cholil Staquf, general chairman of Indonesia’s 90 million-member Nahdlatul Ulama, the largest Islamic organization in the world.

“We do not have time to wait for anger, hatred and a collective yearning for revenge to subside. Our actions will determine what kind of world our children and grandchildren inherit,” he added.

Moore said the only way to combat anti-Semitism is “through real deliberate action.” Betsy Mathieson, deputy director of the King Hamad Global Centre for Peaceful Coexistence, discussed how anti-Semitism “is an attack on religious freedom for every faith in the world.”

She said, “We join the world today in asking everyone to fight this horror, this evil, by sharing educational programs, by teaching the lessons of the Holocaust so that this is never repeated.”