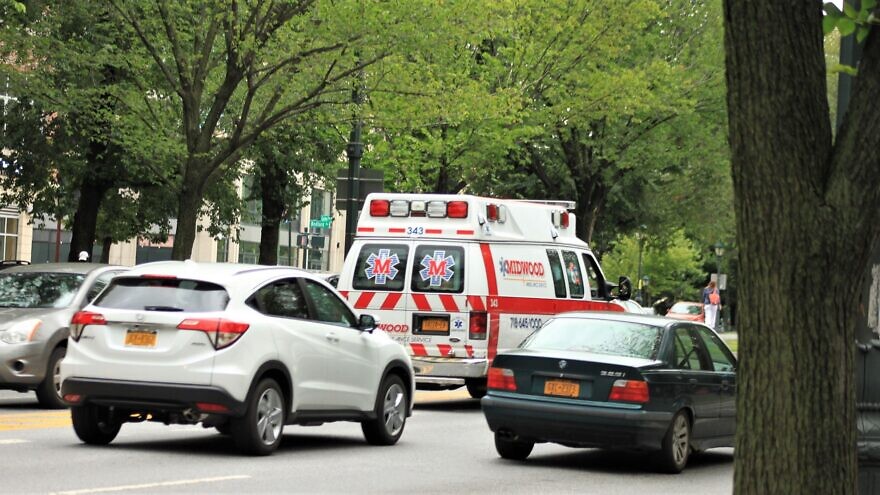 (May 13, 2022 / JNS) A Jewish teen walking in the heavily Jewish neighborhood of Midwood in Brooklyn, N.Y., was hit in the face by an attacker because he wouldn’t say “Free Palestine.”

The victim and his friend, both 18-year-old yeshivah students, were walking down a busy street full of shops and restaurants when a group of teenagers began following them.

One of the teens approached them and demanded that they say “Free Palestine.” When the students ignored him, the assailant allegedly punched one of them, giving him a bloody eye.

The attacker and the other teens with him fled from the scene. The victim was taken to the hospital by paramedics from the volunteer group Hatzalah. No arrests have been made in the case.

New York State Sen. Simcha Felder, who represents the neighborhood, is personally offering a $5,000 reward for information leading to the arrest and prosecution of the attacker. He made the announcement on Twitter, saying “Enough is Enough! These attacks must end!”

The assault follows two others within the week, including an attack in the Crown Heights neighborhood of Brooklyn in which a rabbi was beaten by a man who yelled: “The Nazis should have killed you Jews.”

According to the Anti-Defamation League, the highest number of anti-Semitic attacks recorded in the United States took place last year with 2,717 reported cases, more than 330 of them occurring in the state of New York.