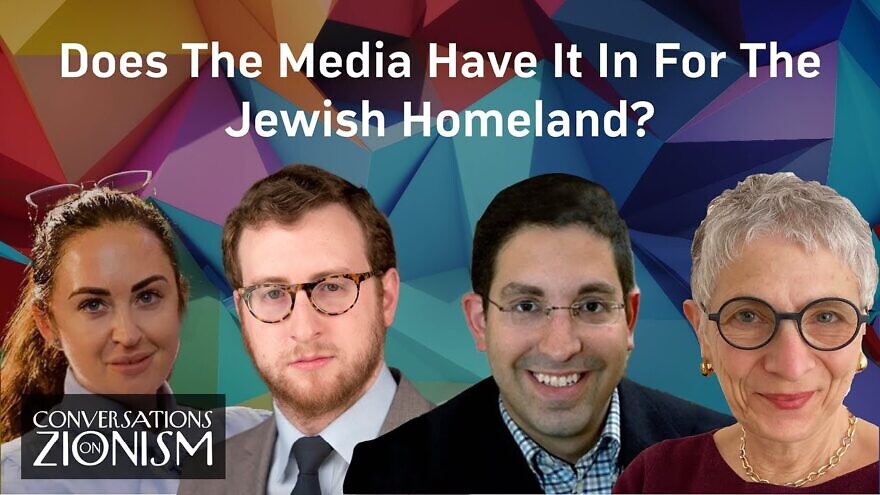 (April 26, 2022 / JNS) The Jewish people have “responsibility” to help educate people about the truth about Israel, according to New York Sun owner Dovid Efune.

“In today’s world, every single individual is an editor-in-chief,” said Efune. “There is access at our fingertips. Today, we can all reach millions [of people] with the click of a button. It is the duty and responsibility of each person to find the most readily available platforms they have to influence and advocate on behalf of their community,” he added.

“We are a people of innovation and creativity. We are certainly not a people that gives up. So, let’s get to work,” he said.

Efune was speaking on a recent edition of “Conversations on Zionism,” a special online program of Jewish National Fund (JNF-USA). The episode—“Is there still hope for Israel in the mainstream media?”—also included comments by journalists Melanie Phillips and Annika Hernroth-Rothstein. It was moderated by Gil Hoffman.

Phillips, like Efune, said that it is the “duty for Jews to stand up and record and tell the truth whenever possible in defense of our own people.”

However, she said that she does not believe the media is out to get Israel, but rather that most people writing the news are misinformed.

“A number of people are well disposed people of conscience who are ignorant and need to hear the facts and truths about Israel, the Jewish people and the Middle East,” she contended.

She said that the media works off a “tremendous inbuilt set of assumptions” that are simply wrong, and it is through this lens that stories are often reported.

“Anti-Semitism is like the air that people breathe, because it goes back so far,” said Hernroth-Rothstein, agreeing with Phillips that some things are just unavoidable.

However, Efune said that while he agrees there is “ignorance, apathy and certainly malice in some areas,” these deficiencies can be dangerous. He said he believes that much of the violence against Jews today is couched in these misunderstandings and the malice portrayed by the press.

Can social media play a role in repairing the damage as much as it feeds the beast?

Hernroth-Rothstein said that while she finds it frustrating and difficult to reach new people and change their minds even on social media, she believes these new ways of expressing oneself can build community.

“Jewish pride is contagious and on social media this is a very powerful thing,” she said.

This article was written in cooperation with JNF-USA. Watch more Conversations on Zionism here.