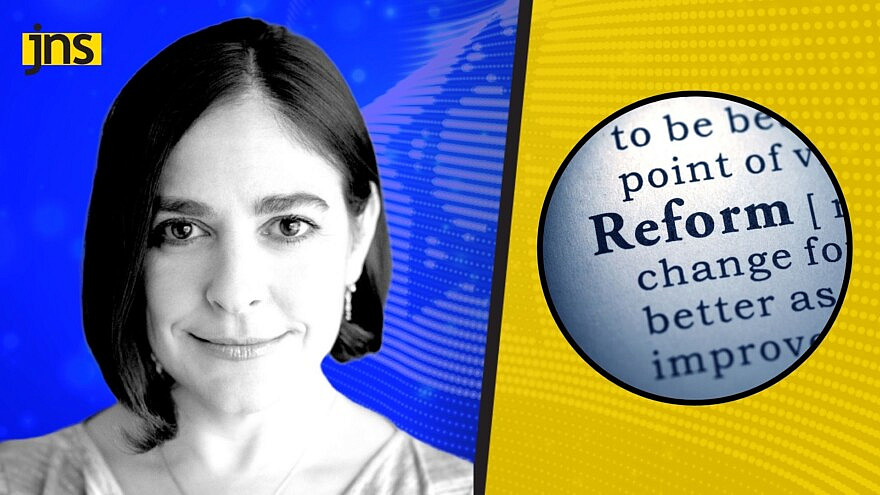 (January 11, 2023 / JNS) Following Justice Minister Yariv Levin’s press conference last week, where he set out the first stage of his program for judicial reform, the Netanyahu government has been subjected to a mass assault by Israel’s elite classes and their partners internationally.

Former Supreme Court President Aharon Barak singlehandedly instigated what is now viewed as Israel’s judicial revolution while everyone’s heads were turned in the early 1990s. Over the weekend, Barak gave interviews to Israel’s media describing Levin’s reform package as the death knell of Israeli democracy, and all but called for a civil war.

Barak’s battle cries were preceded and followed by calls for civil war from other retired Supreme Court justices, Israel’s liberal media and the heads of the opposition parties, including opposition Leader Yair Lapid, former Defense Minister Benny Gantz and their many colleagues.

In a demonstration last Saturday night by leftists in Tel Aviv, Levin was portrayed as a Nazi, Netanyahu’s government was demonized as “the Sixth Reich” and, as Palestinian flags were waved, calls went out for civil war.

To discuss this grave situation and the actual nature of the reforms Levin proposed, Caroline Glick is joined this week by incoming Likud MK Amit Halevi.

Halevi has been an outspoken champion of judicial reform. He and Caroline go through all of the reforms Levin has proposed, and place them in the context of Israel’s current judicial regime and the harm it has caused to the normal functioning of Israeli democracy.

The two also discuss the state of Israel’s social sciences and humanities and the types of programs and governmental reforms that Halevi has overseen and will help shepherd through in his term in office.